What does Alisha mean?

[ 3 syll. a-lis-ha, al-i-sha ] The baby girl name Alisha is pronounced as aa-Liy-SHaa †. Alisha is largely used in the English and Indian languages. Its origin is Germanic and Sanskrit. From Sanskrit roots, its meaning is protected by god - in this context, Alisha can be used in the Indian language.

In addition, Alisha is an English variant transcription of Alice.

Alisha is also an English variant transcription of the name Ilisha (English and Hebrew).

Alisha is a classic favorite. Currently it is still a somewhat popular baby girl name, but to a lesser degree than it was previously. The name's popularity rose from the 1960s up to the 1980s; before that, it was of very light use only. At the modest height of its usage in 1987, 0.128% of baby girls were given the name Alisha. It had a ranking of #118 then. The baby name has seen a loss in popularity since then. In 2018, its usage was 0.015% and its ranking #957. Within the family of girl names directly linked to Alisha, Alice was the most widely used. In 2018, it was more frequently used than Alisha by 13 times. 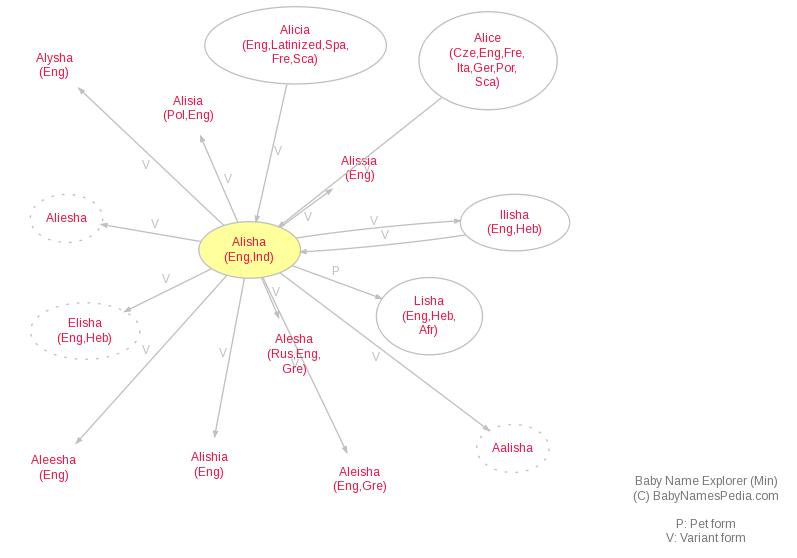