What does Alivia mean?

[ 4 syll. a-li-via, al-iv-ia ] The baby girl name Alivia is pronounced as aa-LIHV-iy-aa- †. Alivia's language of origin is Latin. It is predominantly used in the English and Latin languages.

In addition, Alivia is a derivative (English and Latin) of the English, German, and Italian Olivia.

Derivatives of Alivia include the names Alivah and Alyvia.

The origin and meaning of the name Alivia is inherited by all variant forms.

Alivia is a popular baby girl name. The name has been growing in popularity since the 1990s; prior to that, it was of only irregular use. Its usage peaked modestly in 2009 with 0.091% of baby girls being given the name Alivia. It had a ranking of #178 then. In 2018, it ranked at #227 with a usage of 0.074%. Among the family of girl names directly linked to Alivia, Olivia was the most frequently used. It was more widely used than Alivia by 13 times in 2018. 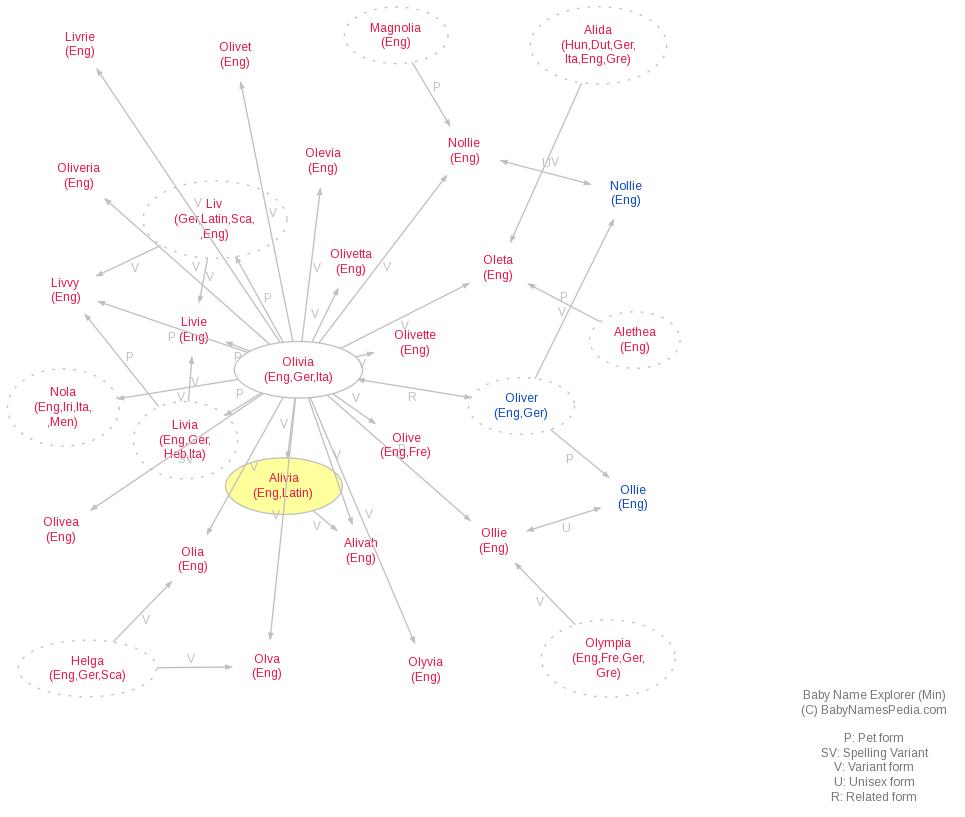