What does Aliyah mean?

[ 3 syll. a-li-yah, al-iy-ah ] The baby girl name Aliyah is pronounced as AA-Liy-aa- †. Aliyah is used chiefly in Arabic, English, and Hebrew, and it is derived from Hebrew and Arabic origins. Hebrew origin: It is derived from the elements 'aliyah' meaning ascent ; '´alah' to ascend, to go up. In Hebrew 'aliyah' refers to the return of the Jews to the Promised Land of Israel. This occurred when the state of Israel was established in 1948. The form Aaliyah was popularized by the R&B singer and actress Aaliyah (1979-2001).

Aliyah is a variant of the name Alya (Russian and Arabic) in the Arabic language.

What are the Variant Forms of Aliyah? 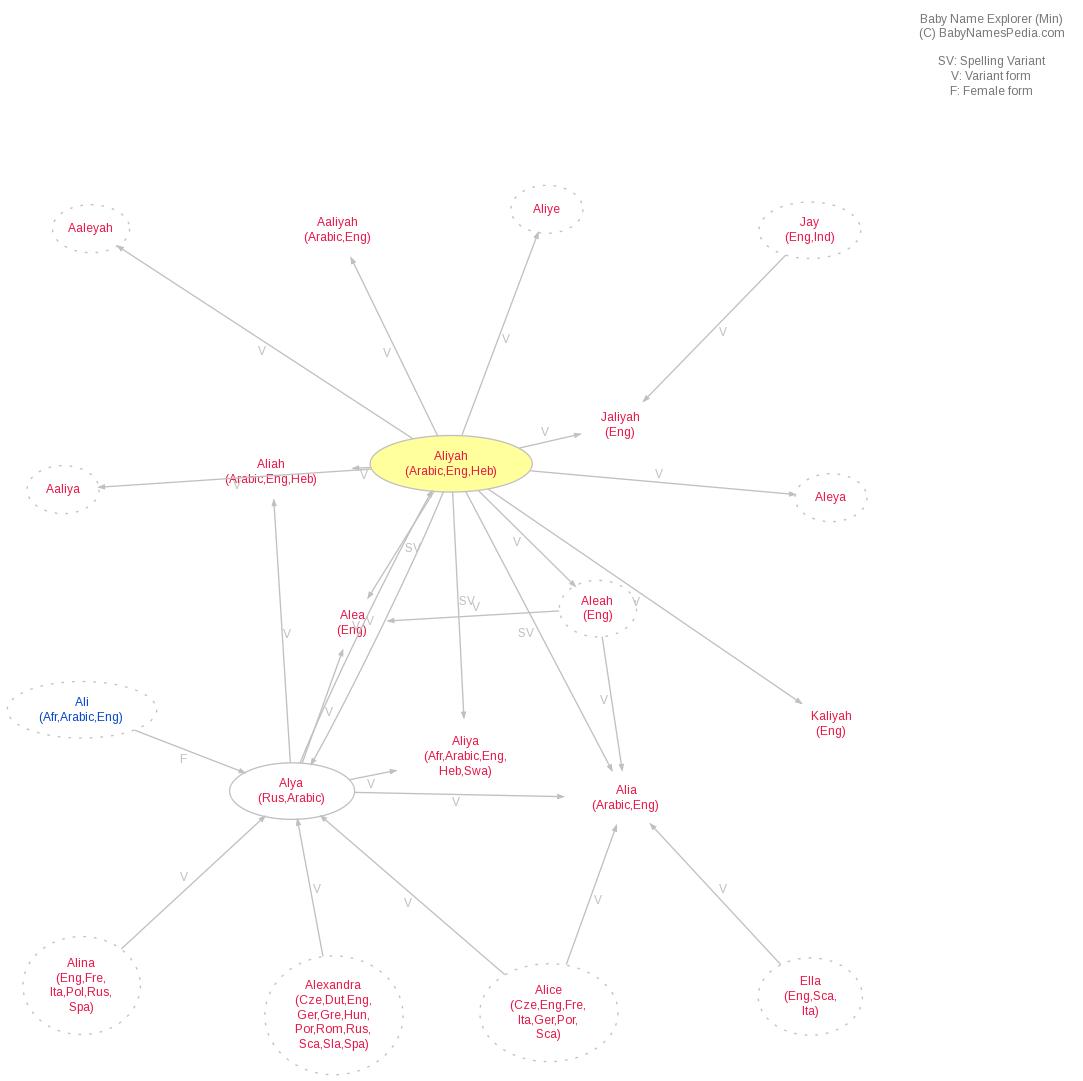