What does Aliza mean?

[ 3 syll. a-li-za, al-iza ] The baby girl name Aliza is pronounced as aa-LAYZ-aa- †. Aliza is largely used in the English and Hebrew languages, and it is derived from Germanic and Hebrew origins. From Hebrew roots, its meaning is joyful. The name could also be from the modern combination of Alice and Liza.

In addition, Aliza is an English variant transcription of the name Alicia (English, Latinized, Spanish, French, and Scandinavian).

Aliza is also an English and Hebrew variant transcription of the name Alitzah (Hebrew).

Aliza is also an English and Hebrew variant transcription of the name Eliza (Romanian, English, Hungarian, and Polish).

Aliza is somewhat popular as a baby name for girls. The name's popularity has been growing since the 1990s; before that, it was of irregular use only. Its usage peaked modestly in 2017 with 0.022% of baby girls being given the name Aliza. It ranked at #687 then. In 2018, its usage was 0.022% and its ranking #709. Among the group of girl names directly linked to Aliza, Alice was the most popular. In 2018, it was used 9 times more than Aliza. 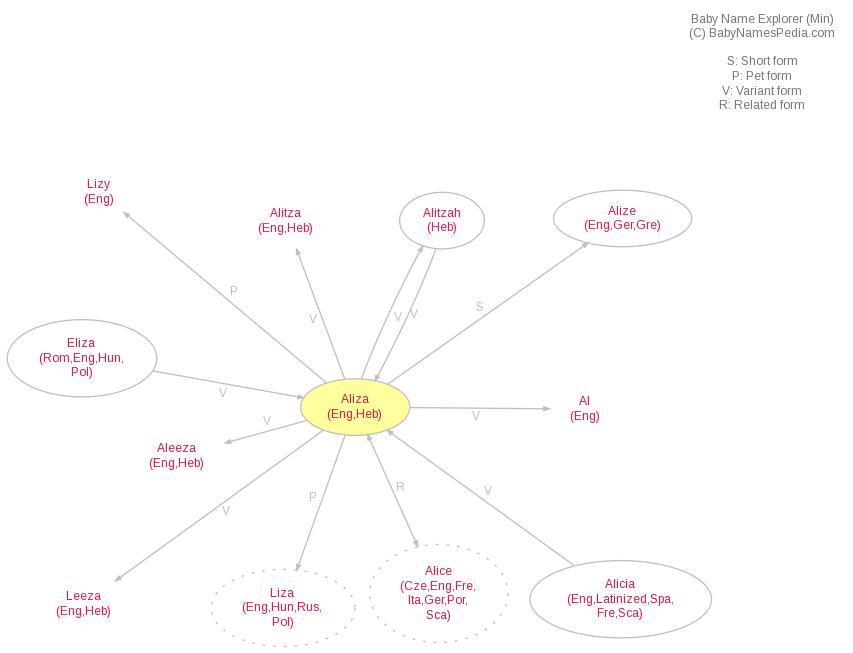