What does Almond mean?

[ 2 syll. al-mon(d), alm-o-nd ] The baby girl name Almond is also used as a boy name. It is pronounced AOL-MahND †. Almond's origin and use are both in the English language. Its meaning is derived literally from the vocabulary word almond.

Forms of Almond include the names Almandina, Almandine, Almondine, Amande, and Amandina.

Another variant of the name is the contracted form Al.

Almond is uncommon as a baby girl name. It is not in the top 1000 names. 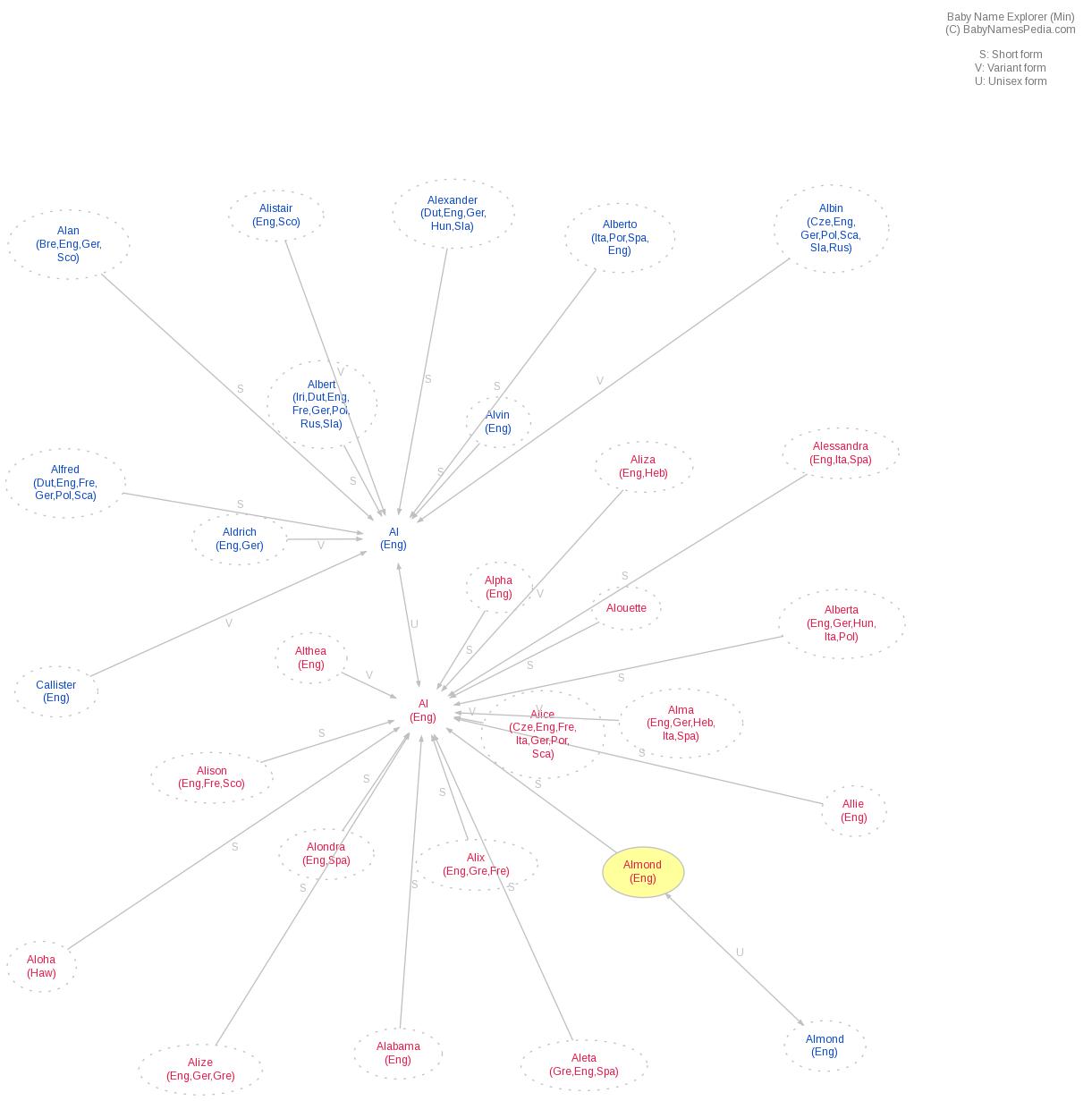