What does Aloys mean?

[ 3 syll. a-loy(s), al-o-ys ] The baby boy name Aloys is pronounced as aa-Luw-Wiy-Z †. Aloys is used mostly in the German language and it is of Old French origin. Aloys is a derivative of the Dutch, English, French, German, and Scandinavian name Aloysius.

Forms of Aloys include the German contraction Lois and the Czech and German variant spelling Alois.

Aloys is unusual as a baby boy name. It is ranked outside of the top 1000. 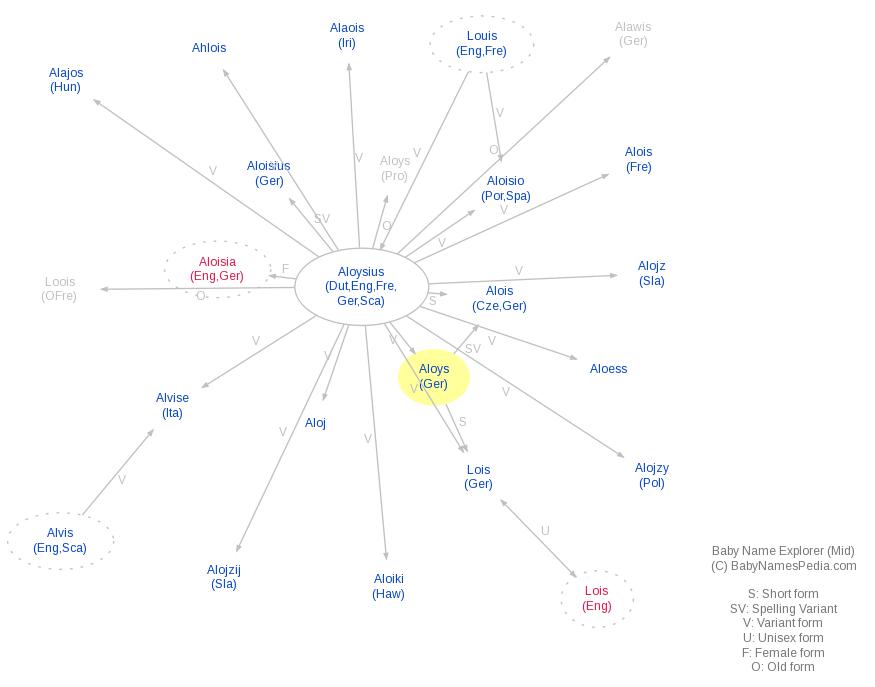