What does Alphonse mean?

[ 2 syll. al-(p)hon-se, alp-ho-nse ] The baby boy name Alphonse is pronounced as aeLFAHNSS †. Alphonse is primarily used in the English and French languages. It is of Gothic origin. Alphonse is a form of the English, Italian, and Spanish name Alfonso.

Alphonse is unusual as a baby boy name. Its usage peaked modestly in 1913 with 0.037% of baby boys being given the name Alphonse. It was #278 in rank then. The baby name has dropped out of favor since then, and is now used on a very light scale. In 2018, among the family of boy names directly linked to Alphonse, Alfonso was the most popular. 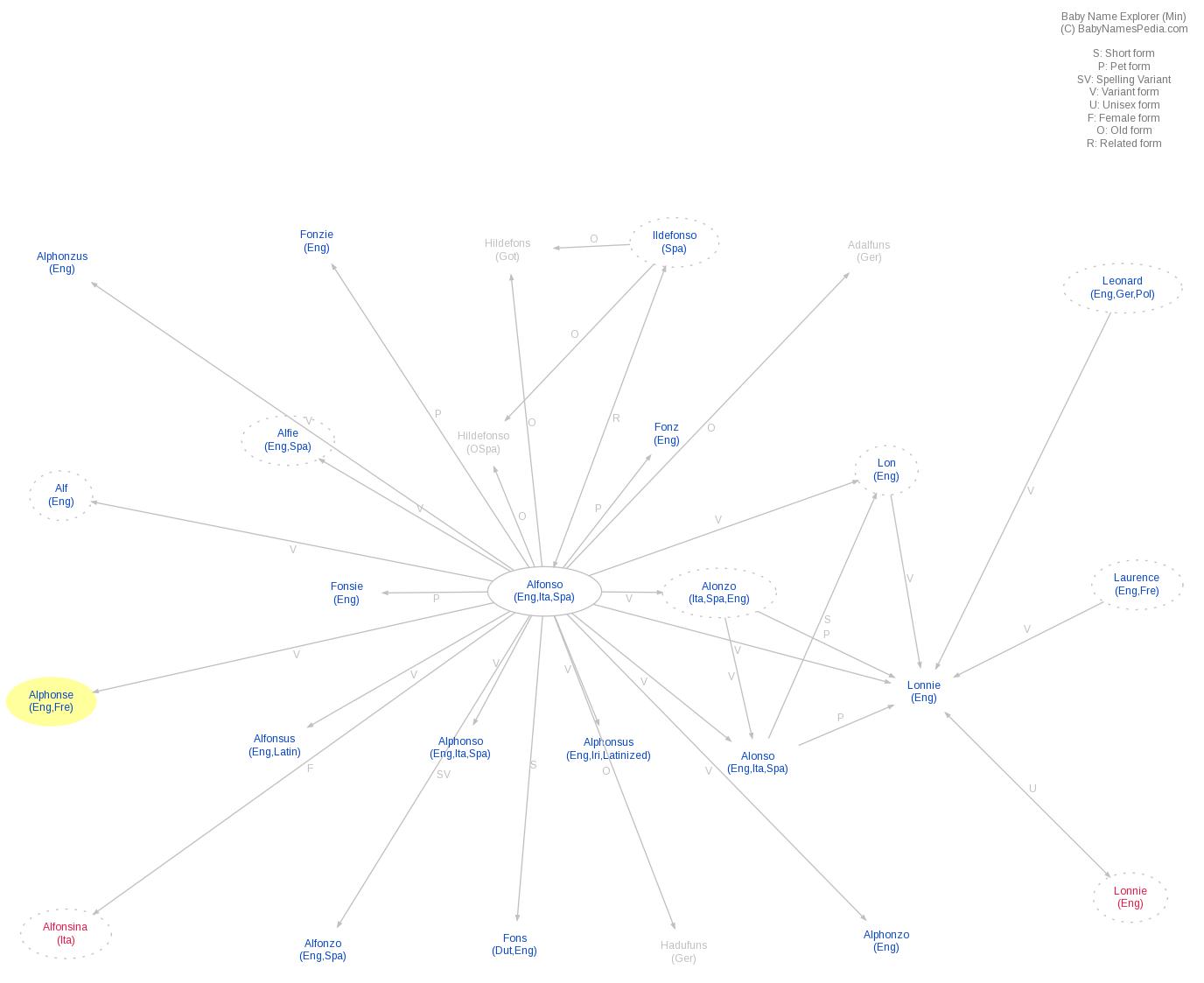