What does Alphonso mean?

Alphonso is an uncommon baby name for boys. In 1900, 0.022% of baby boys were named Alphonso. It ranked at #376 then. The baby name has since experienced a steep drop in popularity, and is used only on an infrequent scale now. In 2018, within the group of boy names directly related to Alphonso, Alfonso was the most regularly used. 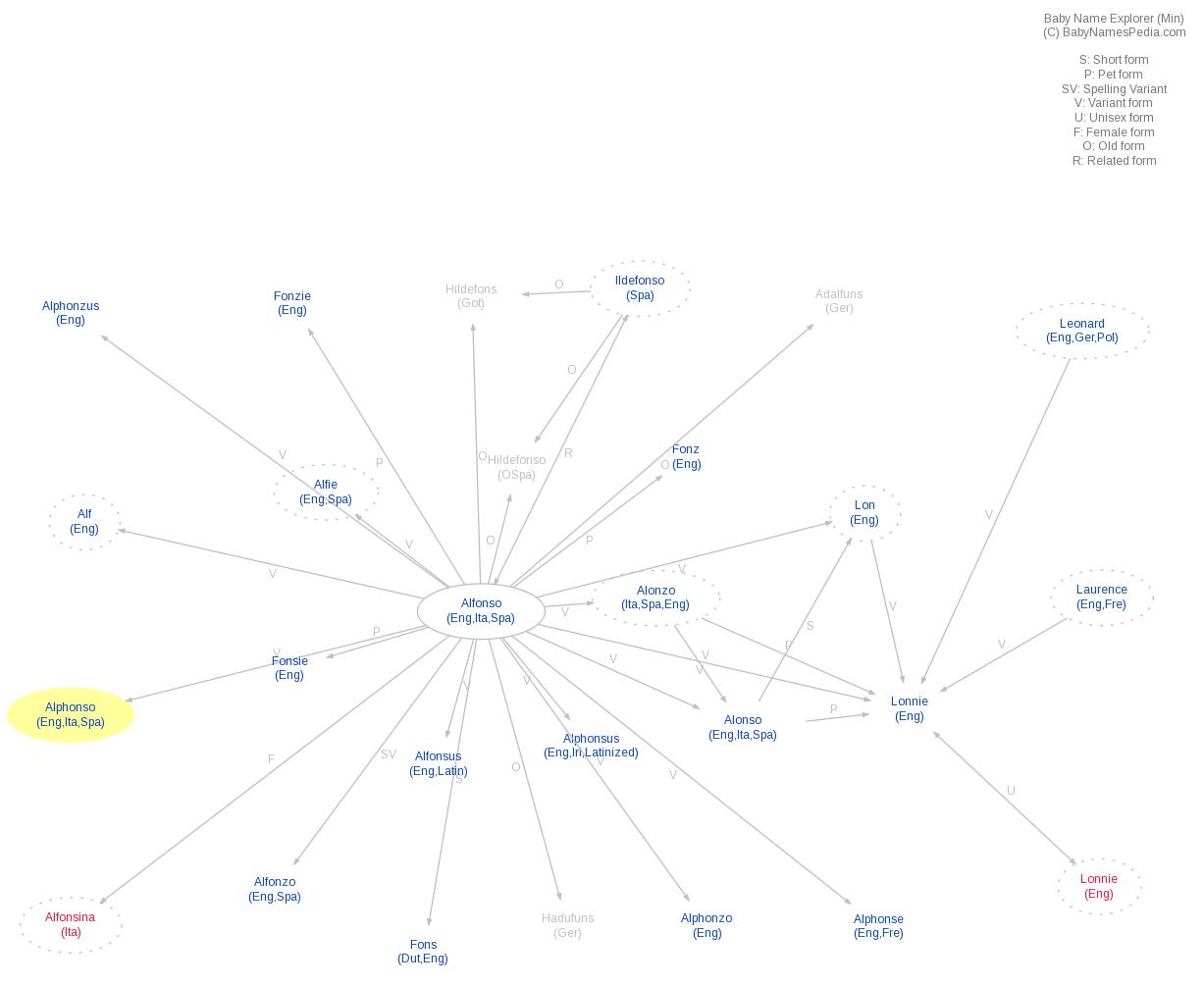