What does Alphonsus mean?

Alphonsus is uncommon as a baby boy name. At the modest height of its usage in 1901, 0.005% of baby boys were given the name Alphonsus. It had a ranking of #948 then. The baby name has seen a fall in frequency since then, and is today of sporadic use. Within the family of boy names directly linked to Alphonsus, Alfonso was the most popular in 2018.

There are no famous persons named Alphonsus. 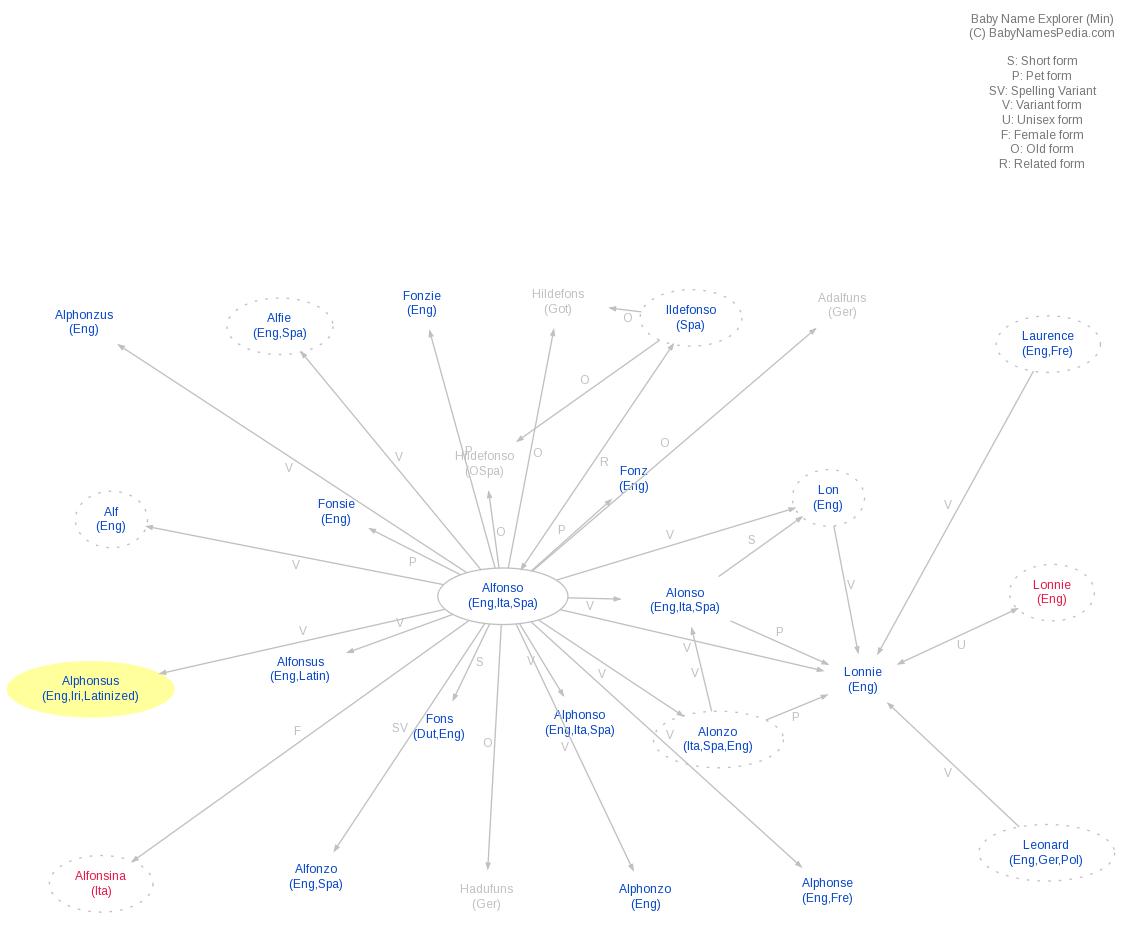