What does Alvar mean?

[ 1 syll. al-var, alv-ar ] The baby boy name Alvar is pronounced as AELV-R †. Alvar is used chiefly in the Catalan, English, Scandinavian, and Spanish languages. It is derived from Old English and Gothic origins. From Old English roots, its meaning is elf army; supernatural army. It is a two-element name from the words 'aelf' + 'here' meaning elf, supernatural being + army, warrior respectively. The English use of the name is derived from Aelfhere (Old English). A cognate of the latter, Alfarr (Old Norse), is the source of Alvar in Scandinavia. The name was first recorded in use by English speakers in the Domesday Book (1086).

Alvar is a variant of the name Alvaro (Italian, Portuguese, Spanish, and English) in the English language.

Allvar (variant spelling in English) is another form of Alvar.

Alvar is rare as a baby boy name. It is not listed in the top 1000. In 2018, within the family of boy names directly linked to Alvar, Alvaro was the most widely used. 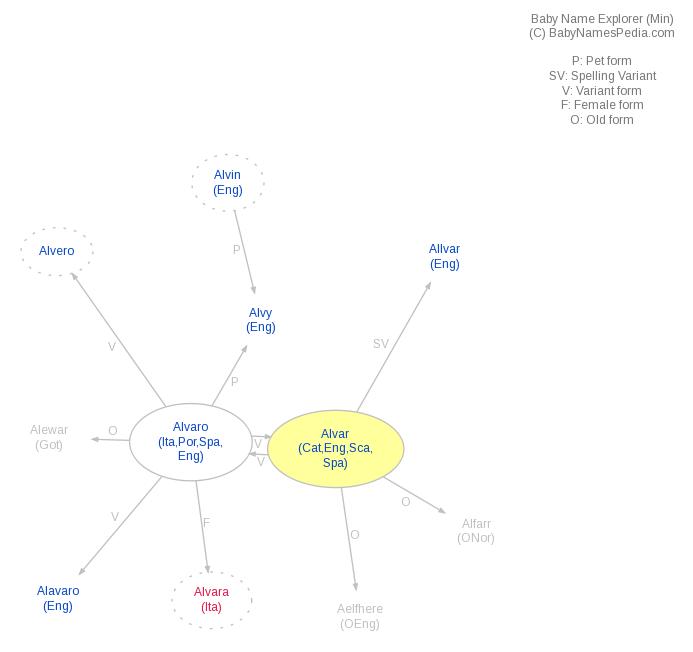