What does Alvina mean?

[ 3 syll. al-vi-na, alv-ina ] The baby girl name Alvina is pronounced aeLVIY-Naa †. Alvina is of Latin and Old English origin. It is used mainly in English and Russian. From Old English roots, its meaning is 'elf friend; noble friend' - in this context, Alvina can be used in the English language. It is derived from aelf meaning 'elf, supernatural being' ; aethel 'noble, honorable' ; wine 'friend'. The name was borne in Flemish legend by a princess who was exiled by her parents for her choice of a suitor; her howls were supposedly heard during strong winds.

In addition, Alvina is an English and Russian form of the English, German, Italian, Polish, Russian, and Slavic Albina.

Alvina is the feminine equivalent of the English Alvin.

Alvina is uncommon as a baby girl name. At the modest height of its usage in 1903, 0.039% of baby girls were named Alvina. It had a ranking of #299 then. The baby name has seen a marked decline in frequency since then, and is of only sporadic use now. Within the family of girl names directly related to Alvina, Allie was the most widely used in 2018. 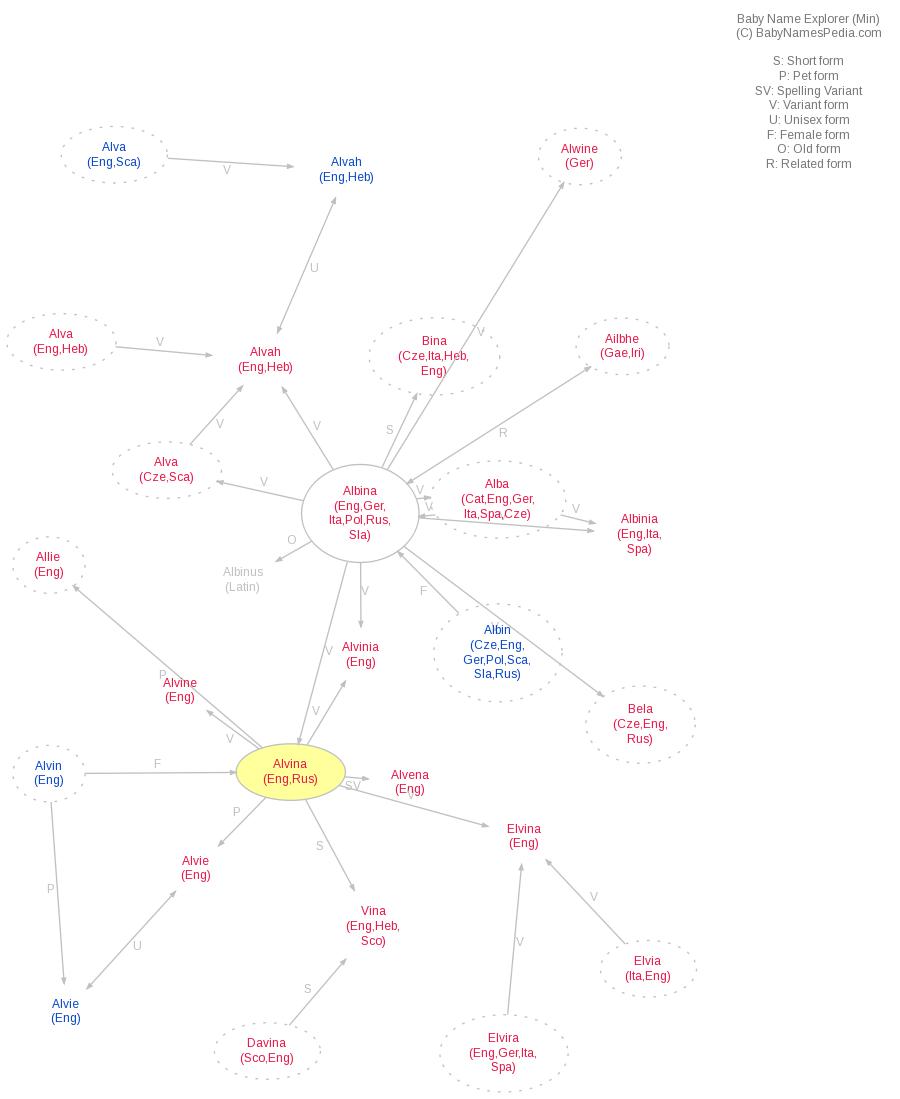