What does Alwin mean?

[ 2 syll. a-lwi(n), al-w-in ] The baby boy name Alwin is also used as a girl name. Its pronunciation is AELWihN †. Alwin is used chiefly in the English, German, Portuguese, and Dutch languages, and it is derived from Old English and Germanic origins. From Germanic roots, its meaning is elf friend; noble friend - in this context, Alwin can be used in the Dutch and German languages. It is derived from the elements 'alb' meaning elf, supernatural being + 'adal' noble, honorable + 'wine' friend. Adalwin (Germanic) and Albwin (Germanic) are older forms of Alwin.

In addition, Alwin is a variant of the name Alvin (English) in the English, German, and Portuguese languages.

The name Alwine (German) is the female form of Alwin.

Alwin is a rarely used baby name for boys. It is not listed in the top 1000 names. In 2018, within the group of boy names directly linked to Alwin, Alvin was the most popular. 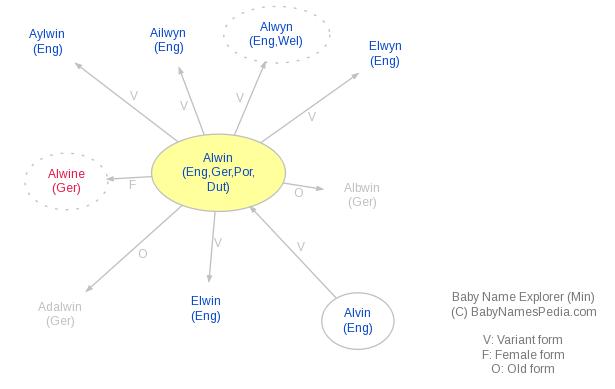