What does Alya mean?

[ 2 syll. a-lya, al-ya ] The baby girl name Alya is pronounced aa-LYAA- †. Alya's origin is Old Greek, Germanic, Slavonic, Hebrew, and Arabic, and its use, Russian and Arabic. Arabic origin, Arabic use: It is derived from the word ali which is of the meaning 'high, lofty, sublime'.

In addition, Alya is a Russian form of Alexandra.

Alya is also a Russian form of Alice.

Alya is also a Russian form of the English, French, Italian, Polish, Russian, and Spanish Alina.

Alya is also a form of the Arabic, English, and Hebrew Aliyah.

Alya is the feminine equivalent of the African, Arabic, and English Ali.

Alya is uncommon as a baby girl name. It is not in the top 1000 names. Within the family of girl names directly related to Alya, Alice was the most regularly used in 2018. 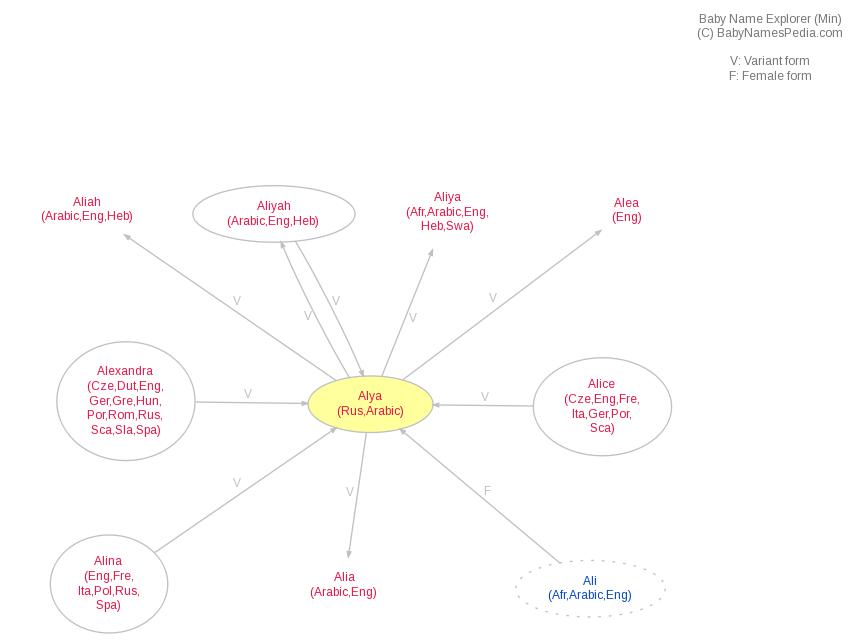