A form of Alyiah is the name Alyia.

Variant forms inherit the origin and meaning of the name Alyiah.

Alyiah is an uncommon baby girl name. It is not in the top 1000 names. 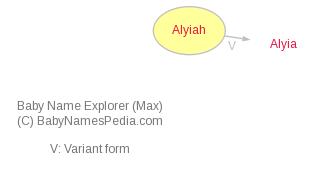