What does Alyssa mean?

[ 3 syll. a-lys-sa, al-y-ssa ] The baby girl name Alyssa is pronounced as aa-LIHSSaa- †. Alyssa is used chiefly in English and Hebrew, and its origin is Germanic and Hebrew. The spelling of the name could have been influenced by that of the Alyssum flower.

In addition, Alyssa is a variant of Alice.

Alyssa is also a variant of the name Alicia (English, Latinized, Spanish, French, and Scandinavian) in the English language.

Alyssa is also a variant of the name Alisa (German, English, Russian, Slavic, Armenian, and Hebrew) in the English and Hebrew languages.

Variant forms share both the origin and meaning of Alyssa. 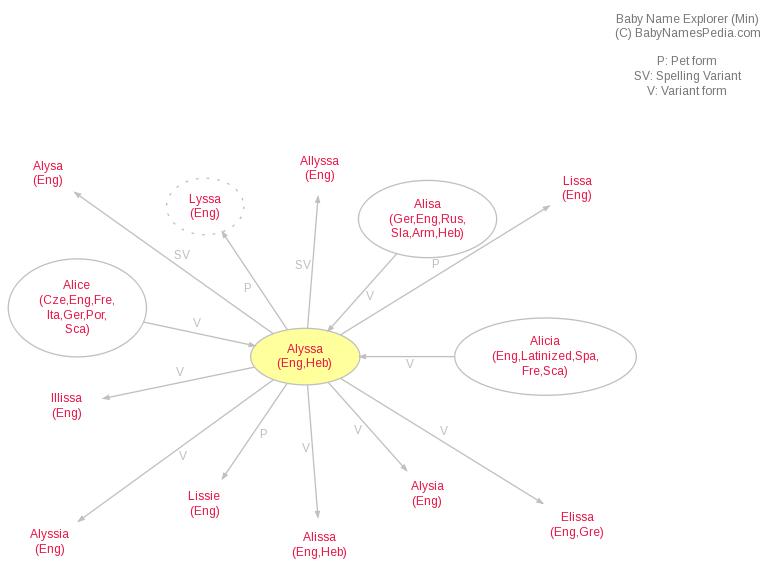