What does Amal mean?

Amal is an Arabic, English, and Hebrew name of Hebrew origin. Biblical name: The name's meaning is work. The name was borne by an Asherite in the Old Testament of the Bible. It is also known from the opera Amahl and the Night Visitors (1951), which is a popular Christmas classic.

Amal's origin, as well as its use, is in the Arabic language. The meaning here is hope, expectation, aspiration.

In addition, Amal is a German variant of Emil.

Amal is rarely used as a baby name for boys. It is not listed in the top 1000 names. 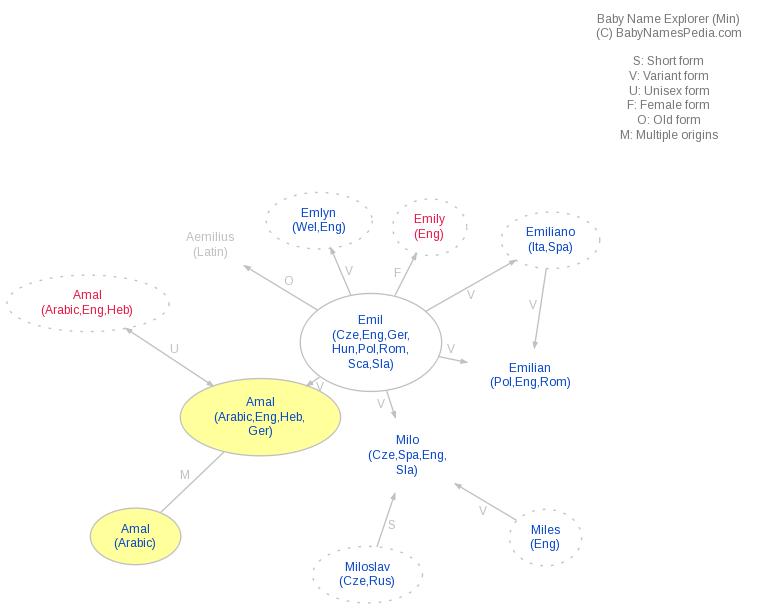