What does Amalya mean?

[ 3 syll. a-ma-lya, am-al-ya ] The baby girl name Amalya is pronounced as aa-Maa-LYaa- †. Amalya is mainly used in English and it is of Gothic origin. Amalya is a spelling variant of Amalia.

Amalya is seldom used as a baby name for girls. It is not in the top 1000 names. In 2018, within the group of girl names directly related to Amalya, Amalia was the most widely used. 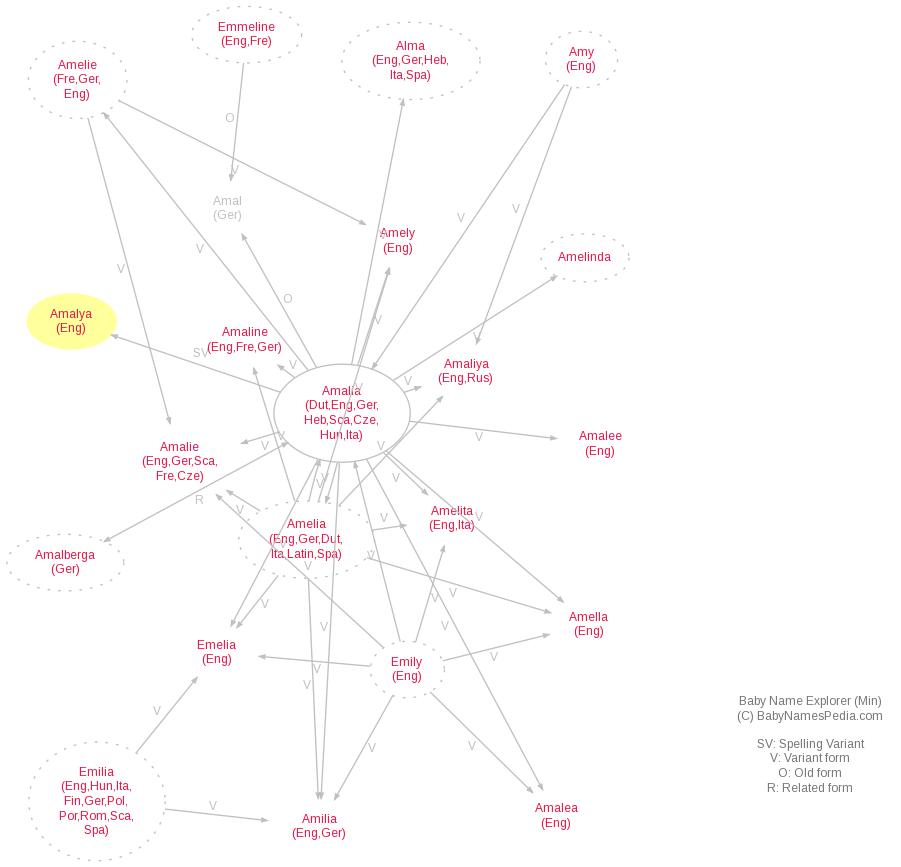