What does Amara mean?

Amara is largely used in English and it is derived from Old Greek origins. The name Amara means unfading flower. Amara could have developed as a pet form of Amarantha (Old Greek). Amarantha was an ancient Greek flower name; it was later used by Lovelace in his 17th-century poem 'To Amarantha, that she would dishevel her hair'.

Amara is used chiefly in Igbo and it is derived from African-Igbo origins. The meaning here is grace.

Amara is popular as a baby girl name, and it is also perceived as trendy. The name's popularity has been rising since the 1990s; before that, it was of irregular use only. At the modest peak of its usage in 2018, 0.085% of baby girls were named Amara. It had a ranking of #193 then. Out of all girl names in its family, Amara was the most popular in 2018. Amara was 93% more commonly used than the next most popular name, Amari, in that year. 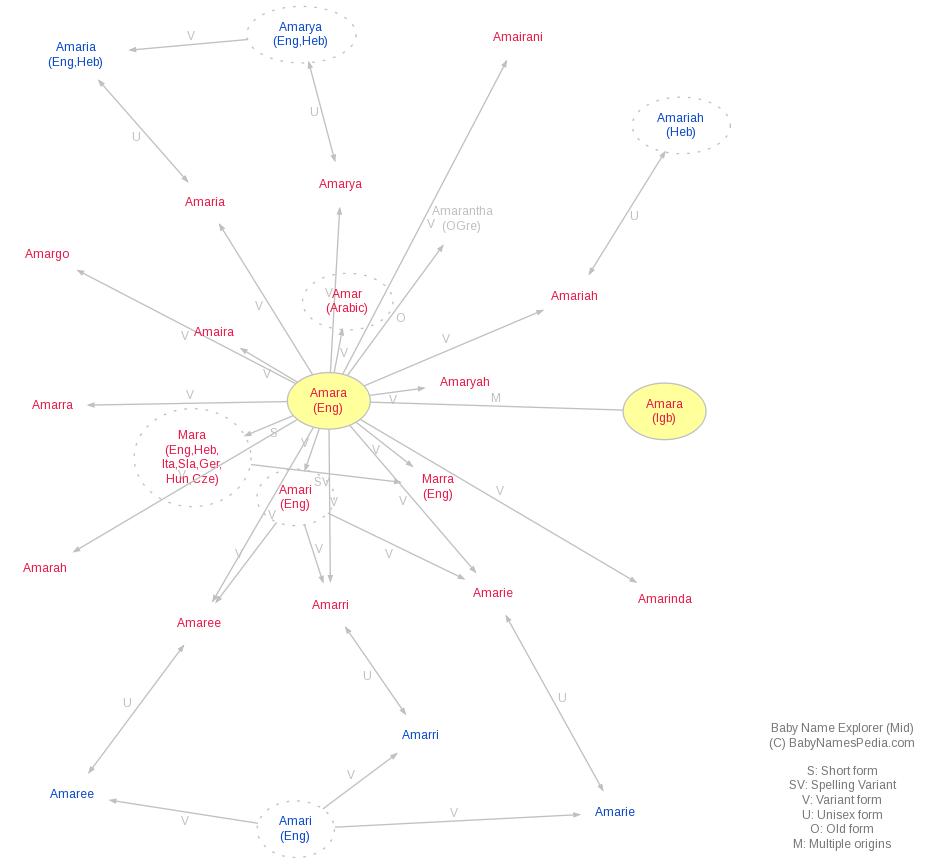