What does Amari mean?

[ 3 syll. a-ma-ri, am-ari ] The baby girl name Amari is also used as a boy name, and more often so. It is pronounced aa-MAA-R-iy- †. Amari is of Old Greek and African-Yoruban origin. It is used mainly in English. African-Yoruban origin: It is derived literally from the word amari with the meaning 'strength'.

In addition, Amari is a form of the English Amara.

Forms of Amari include the names Amare, Amaree, Amarie, and Amarri.

Amari is rather popular as a baby girl name. The name has been rising in popularity since the 1990s; prior to that, it was of only irregular use. At the modest peak of its usage in 2018, 0.044% of baby girls were named Amari. It had a ranking of #381 then. Out of the family of girl names directly related to Amari, Amara was the most widely used in 2018. It was more widely used than Amari by 93% in that year. Although Amari is used more commonly as a boy name today, there was a period from 1996 to 2004 that it was more popular with girls. After 2005, increasingly the name became more popular with boys than with girls. There were 68% more boys than girls who were named Amari in 2017. 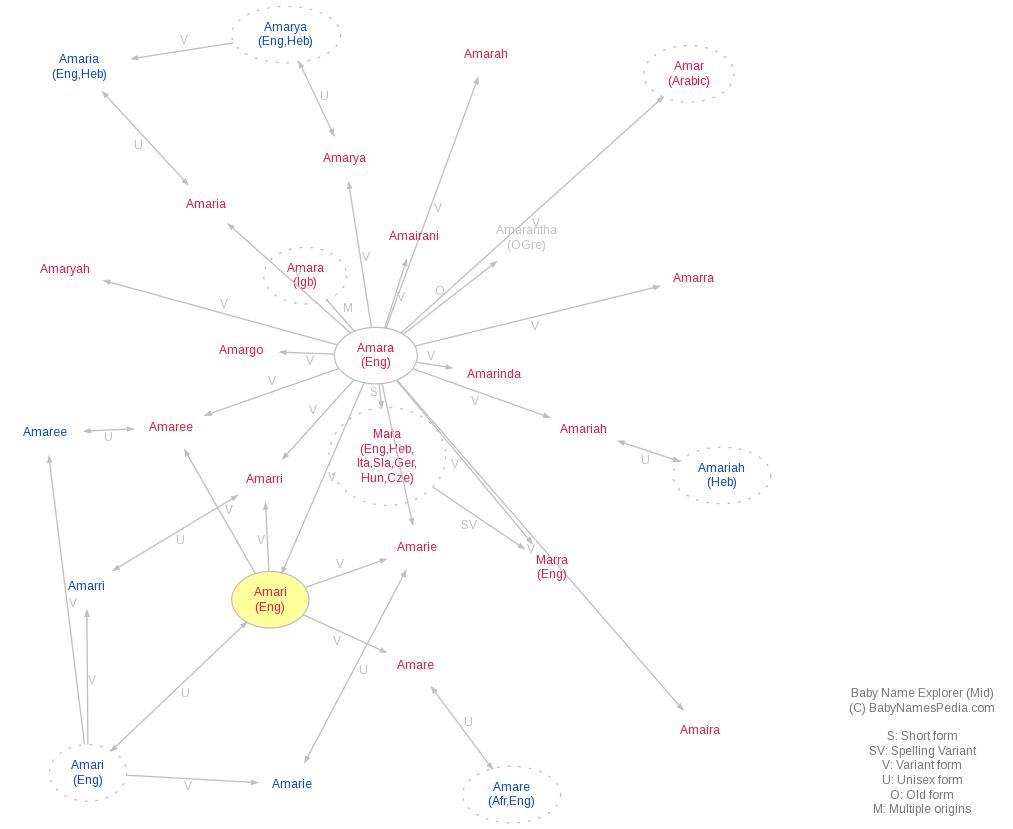