What does Amaris mean?

[ 3 syll. a-ma-ris, am-ar-is ] The baby girl name Amaris is also used as a boy name, though it is far more popular for girls. It is pronounced aa-Maa-RIHS †.

Amaris is of English origin. It is used mainly in English and Hebrew. The meaning of Amaris is 'child of the moon'.

Another variant of the name is the Greek contracted form Maris.

Amaris's language of origin is Hebrew. Here, it means 'God has promised'. Amaris is the feminine equivalent of the Hebrew Amariah.

Amaris is a somewhat popular baby girl name, and it is also regarded as trendy. The name has been growing in popularity since the 2010s. Its usage peaked recently in 2016 with 0.020% of baby girls being named Amaris. It was #751 in rank then. In 2018, it ranked at #857 with a usage of 0.017%, and it was the most frequently used among all girl names in its family. 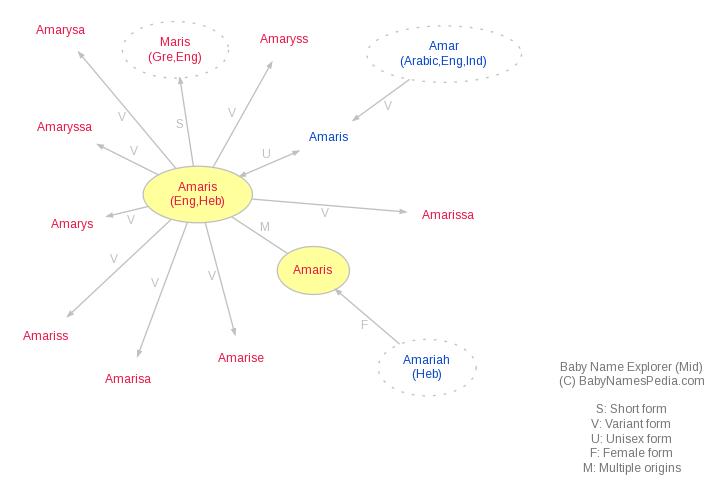