What does America mean?

[ 4 syll. a-me-ri-ca, am-er-ica ] The baby girl name America is also used as a boy name, though it is far more popular for girls. It is pronounced aa-MEH-R-eh-Kaa- †. America is of English origin and it is also used mainly in English. The name America means 'America'. The name is derived from the country name, itself from the name of Italian merchant and explorer Amerigo Vespucci in the late 15th and early 16th centuries. It has seen a recent revival, possibly due to renewed patriotism from the 9/11 incident and the Iraq war. The name has also been made known by the actress America Ferrera (1984-).

America has 14 forms that are used in English and foreign languages. English forms of the name include Amarica, Americah, Americana, Americka, Americus, Amerika, Amerikah, Amerikus, Amerique, Ameryka, Amerykah, and América. Another English form is the diminutive Ricki. The Italian Ameriga is a form of America that is used in foreign languages.

America is uncommon as a baby girl name. At the modest height of its usage in 2002, 0.036% of baby girls were named America. It had a ranking of #410 then. The baby name has seen a marked decline in frequency since then, and is currently used only on a very light scale. Within all girl names in its family, America was nevertheless the most frequently used in 2018. America has in the last century been mainly given to baby girls. 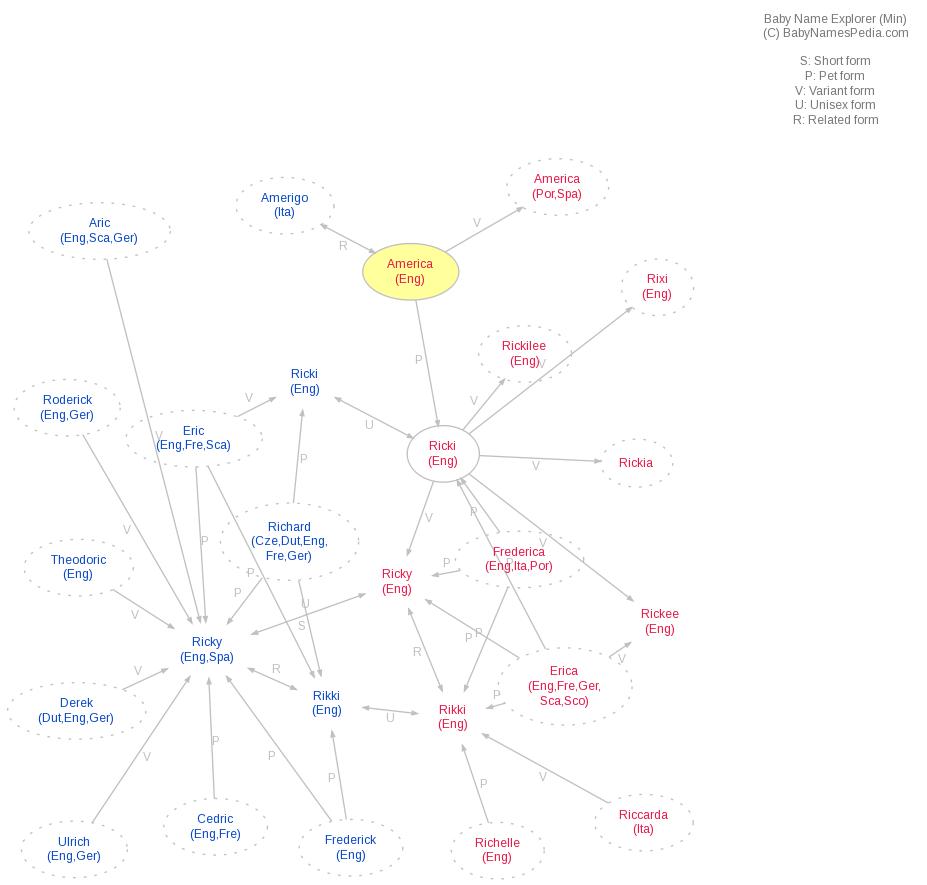