What does Americo mean?

[ 4 syll. a-me-ri-co, am-er-ico ] The baby boy name Americo is pronounced as aa-MEY-Riy-Kow †. Americo's origin is Italian. Americo is a form of the Italian name Amerigo.

Americo is rare as a baby name for boys. At the modest peak of its usage in 1917, 0.011% of baby boys were named Americo. Its ranking then was #580. The baby name has since suffered a marked fall in frequency, and is now used on a very light scale. Out of all boy names in its group, Americo was nevertheless the most commonly used in 2018. 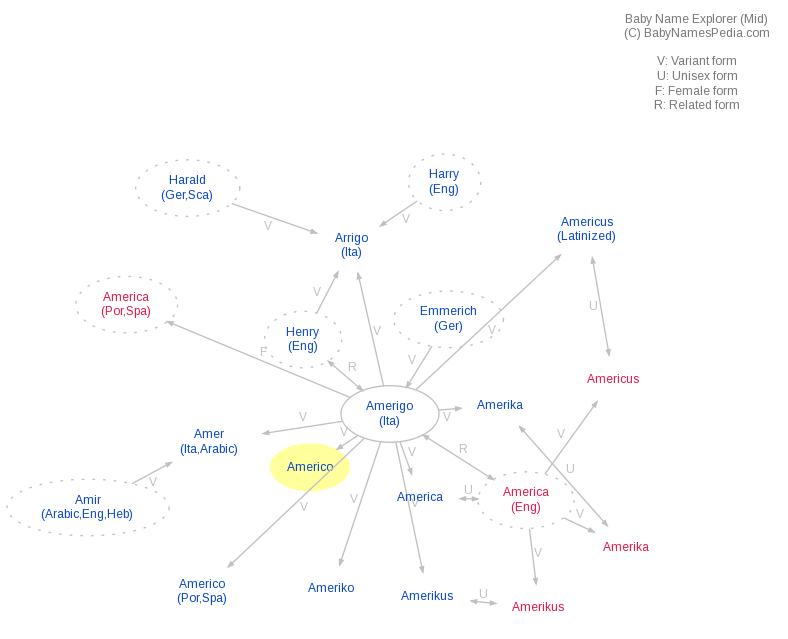