What does Amiah mean?

[ syll. a-miah, am-i-ah ] The baby girl name Amiah is pronounced EYMAYAH- †. Amiah has its origins in the Latin language. Amiah is a variation of Amy (English).

Amiah is rare as a baby name for girls. At the modest peak of its usage in 2008, 0.013% of baby girls were named Amiah. It ranked at #963 then. The baby name has since substantially dropped in popularity, and is currently of only irregular use. In 2018, out of the group of girl names directly related to Amiah, Amy was the most frequently used. 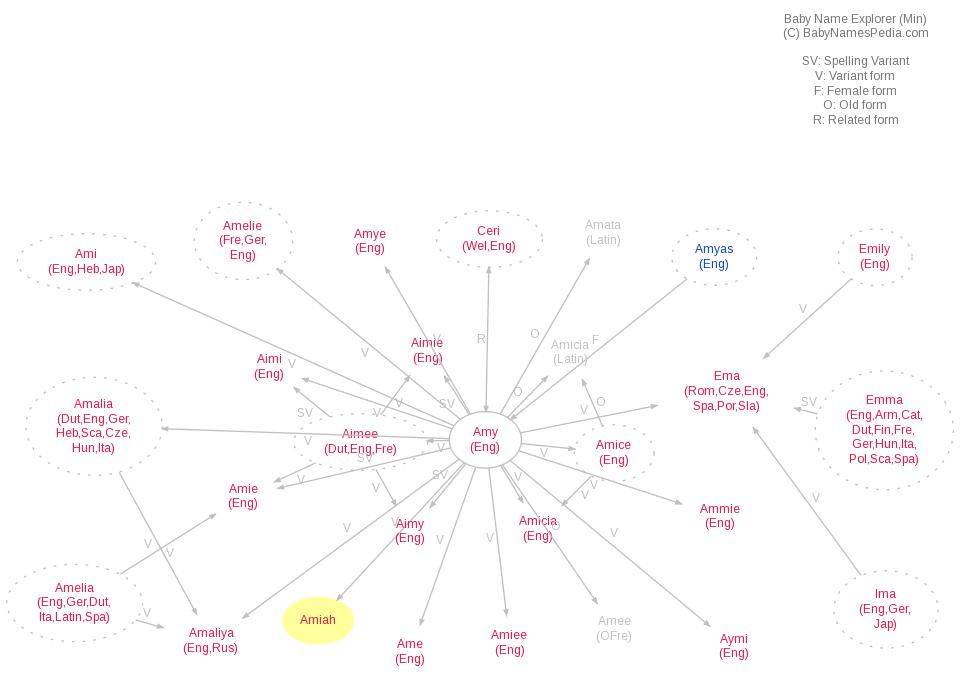