What does Amin mean?

[ 2 syll. a-min, am-in ] The baby boy name Amin is pronounced as aa-MIY-N †. Amin is used predominantly in the Arabic, East Indian, and English languages, and it is derived from Arabic origins. It is derived literally from the word 'amin' meaning faithful, truthful, trustworthy. Amin is one of the most popular traditional names in the Islamic world. The name Amina (African, Arabic, English, and Swahili) is the female version of Amin.

Amin is unusual as a baby name for boys. Its usage peaked modestly in 1977 with 0.005% of baby boys being given the name Amin. It ranked at #907 then. The baby name has since experienced a loss in popularity, and is currently of sporadic use. Among all boy names in its group, Amin was nonetheless the most widely used in 2018. 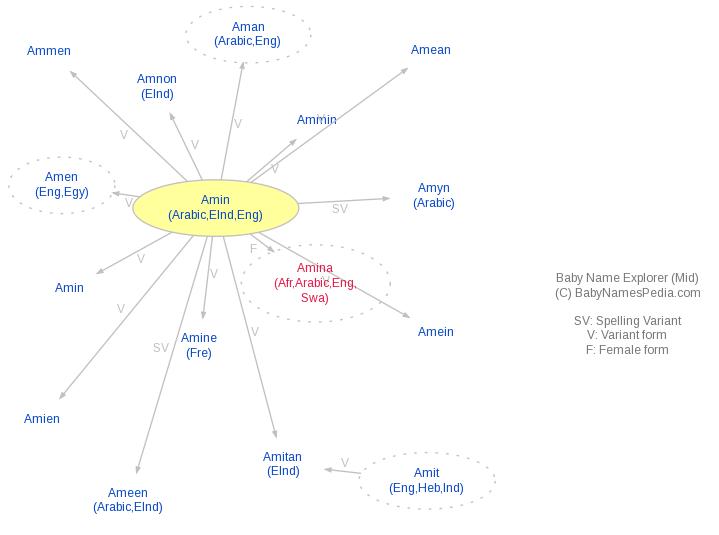