What does Amina mean?

[ 3 syll. a-mi-na, am-ina ] The baby girl name Amina is pronounced aa-MIY-N-aa- †. Amina is of Arabic origin. It is used mainly in African, Arabic, English, and Swahili. It is derived from the word amin which is of the meaning 'faithful, truthful, trustworthy'. Amina is known as the name of the mother of prophet Muhammad. Amina is the feminine form of the Arabic, East Indian, and English Amin.

Amina is a widely used name; it has 24 forms that are used in English and foreign languages. English forms of the name include Aamena, Aamina (used in Arabic and Indian as well), Aaminah, Ameana, Ameanah, Ameenah, Ameina, Ameinah, Amena, Amiena, Amienah, Aminatta, Aminda, Amindah, Aminia, Aminta, and Amintah. Another English form is the spelling variant Aminah (used in African, Arabic and Swahili as well). 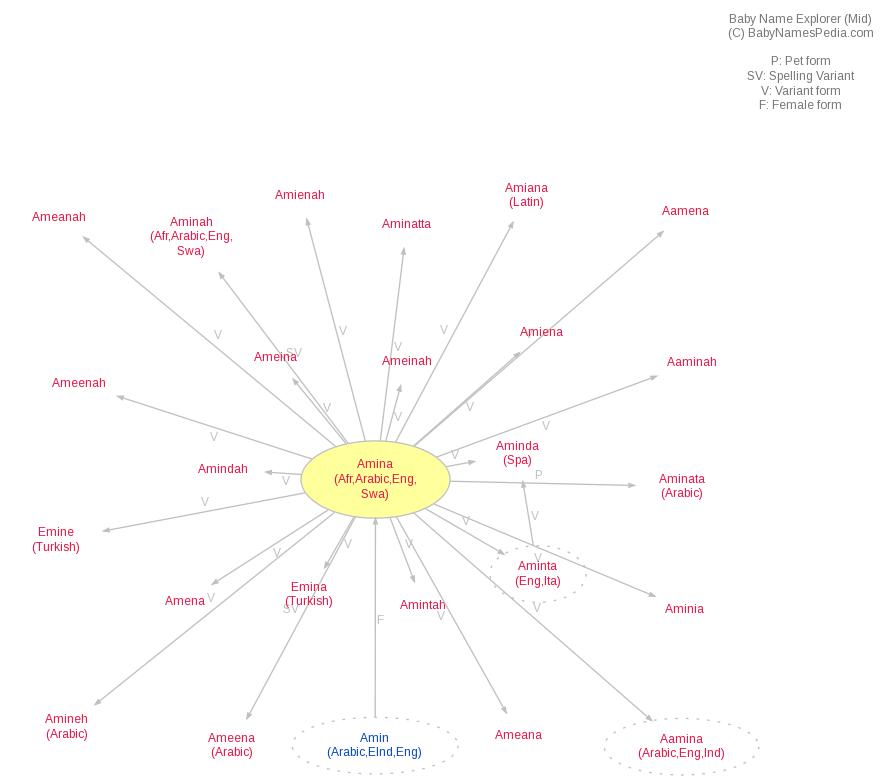