What does Amir mean?

Amir is largely used in the Arabic, English, and Hebrew languages, and it is derived from Arabic origins. It is derived literally from the word 'amir' meaning prince, ruler, emir, commander. The name was originally an Arabic title meaning 'commander'. It is the root of the English words 'Emir' and 'admiral'. The name Amira (African, Arabic, English, Hebrew, and Swahili) is the female equivalent of Amir.

Amir is used chiefly in the Hebrew language and its origin is also Hebrew. Here, it means treetop. The name Amira (Hebrew) is the female form of Amir.

Amir is popular as a baby name for boys, and it is also viewed as trendy. The name's popularity has been growing since the 1970s; before that, it was of infrequent use only. Its usage peaked modestly in 2018 with 0.134% of baby boys being given the name Amir. It ranked at #149 then. Among all boy names in its group, Amir was the most popular in 2018. 9 times more boys were named Amir than the subsequent ranked name, Ameer, in that year. 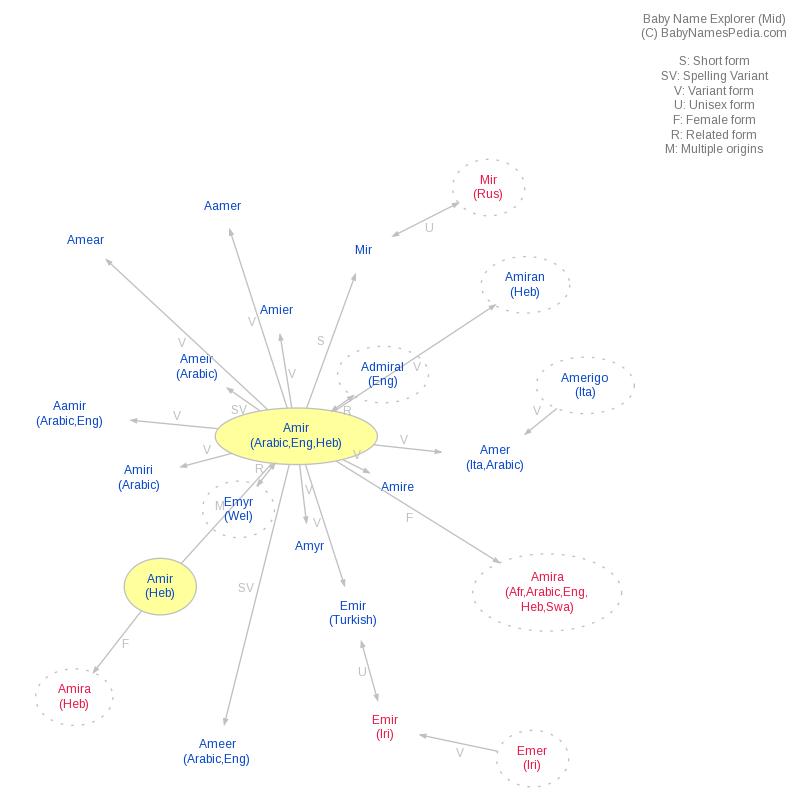