What does Amy mean?

[ 2 syll. a-my, am-y ] The baby girl name Amy is pronounced EY-Miy- †. Amy's language of origin is Latin and it is predominantly used in English. Old forms of the name include Amata (Latin), Amee (Old French), and Amicia (Latin). The name is Anglicized from Amee, itelf originally a nickname of Amata. The latter could be from the Latin amatus and ultimately amare, or it could be from a distinct pre-Roman source. In Roman mythology, the name was borne by the wife of King Latinus; her daughter Lavinia later became the wife of Aeneas. The name was also borne by Saint Amata, a 13th-century saint of Bologna. The name was adopted by English speakers in the 16th century. It was often bestowed by parents in expression of their love for their babies. The name later saw a revival in the 19th century, which also saw the adoption of the French form Aimee by English speakers. In literature, the name is borne by the titular character Amy Dorrit in Charles Dickens' novel Little Dorrit (1855-1857) and by one of four sisters, Amy March, in Louisa May Alcott's novel Little Women (1868,1869). Amy is the feminine form of the English Amyas.

Variant forms share the origin and thus the meaning of the name Amy.

See also the related form, the Welsh and English Ceri.

Amy is an all-time favorite. At present it is still a popular baby girl name, but to a lesser degree than it was before. The name increased in popularity from the 1930s up to the 1970s. At the peak of its usage in 1975, 2.067% of baby girls were named Amy. It was #2 in rank then. The baby name has suffered a steep decline in frequency since then. In 2018, it ranked at #205 with a usage of only 0.081%, but it was nevertheless the most popular out of all girl names in its family. Amy was thrice as popular as the 2nd most popular name, Amalia, in 2018. The name Amy has been primarily given to baby girls, although it has also been used as a boy name in the last century. In 1977, 378 times more baby girls than boys were given the name Amy. 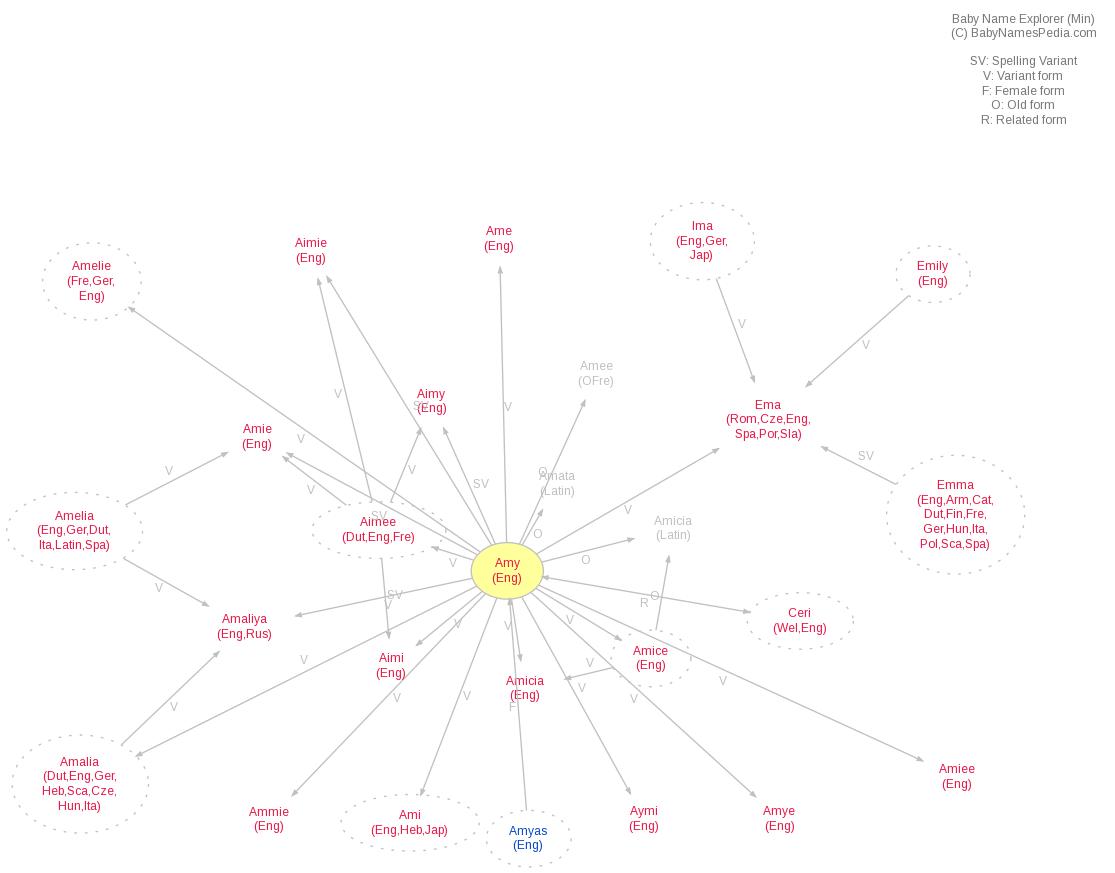