What does Anakin mean?

[ 3 syll. a-na-kin, an-ak-in ] The baby boy name Anakin is pronounced as aeN-ahKihN †. Anakin is of English-American origin and it is used largely in the English language. The name was created by George Lucas for his Star Wars movie, The Phantom Menace (1999); it is claimed that he named the character Anakin Skywalker after his friend Ken Annakin (1914-2009).

The origin and meaning of Anakin is inherited by all variant forms.

Other variations of Anakin include the diminutives Andy and Kinny.

Anakin is somewhat popular as a baby boy name. The name's popularity has been growing since the 2010s; before that, it was of only infrequent use. Its usage peaked modestly in 2017 with 0.016% of baby boys being given the name Anakin. It had a ranking of #738 then. In 2018, it ranked at #828 with a usage of 0.014%. Among the family of boy names directly linked to Anakin, Andy was the most popular. The name was thrice as popular as Anakin in 2018. 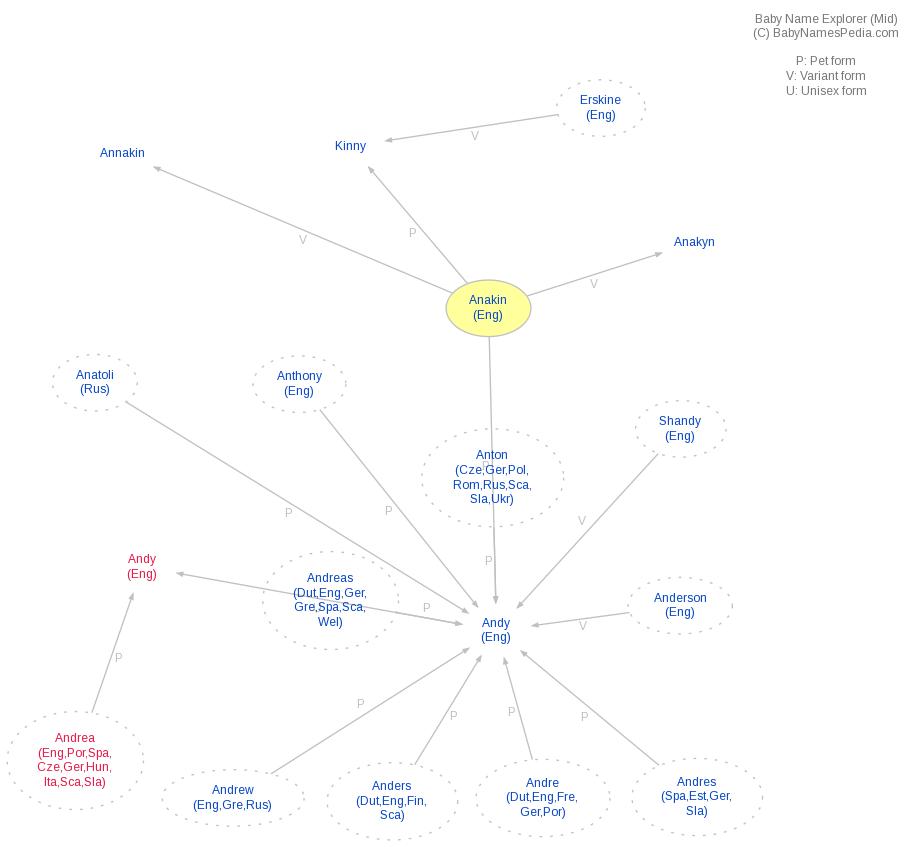