What does Analisa mean?

[ 4 syll. a-na-li-sa, an-al-isa ] The baby girl name Analisa is pronounced as AA-NaaLIY-Sah †. Analisa is used predominantly in German, and it is derived from Germanic and English origins. The name is a combination of Ana and Lisa.

Analisa is a variation of the name Annalise (German and French).

Both the origin and meaning of Analisa is inherited by all variant forms.

Ana Lisa (German spelling variant) is another form of the name.

Analisa is not widely used as a baby name for girls. It is listed outside of the top 1000 names. In 2018, within the group of girl names directly related to Analisa, Ana was the most popular. 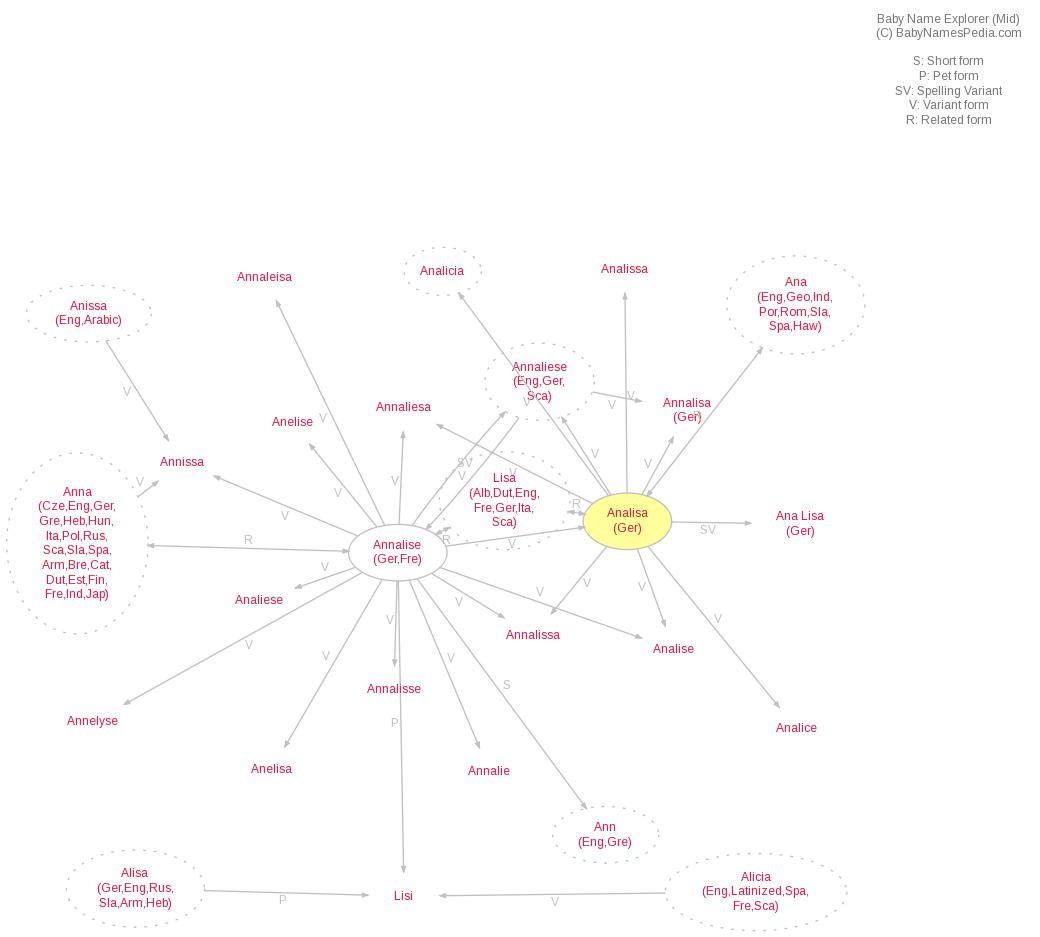