What does Ananta mean?

[ 3 syll. a-nan-ta, an-a-nta ] The baby girl name Ananta is also used as a boy name. It is pronounced ah-NahNTaa- or ah-NahNTah- †. Ananta has its origins in the Sanskrit language and it is used largely in Indian. The meaning of Ananta is 'endless, infinite'. See Ananta for more information.

A form of the name is the Indian Anantha.

Ananta is uncommon as a baby girl name. It is not in the top 1000 names. 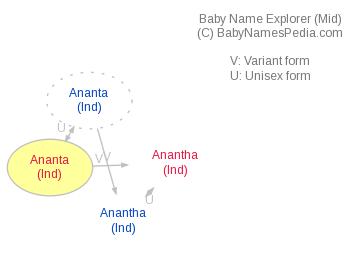