What does Ananta mean?

[ 3 syll. a-nan-ta, an-a-nta ] The baby boy name Ananta is also used as a girl name. It is pronounced as ah-NahNTaa- or ah-NahNTah- †. Ananta is used predominantly in the Indian language and it is derived from Sanskrit origins. The name is of the meaning endless, infinite. The name was used as an epithet of the god Vishnu and the goddess Parvati in Hindu mythology.

Ananta is unusual as a baby name for boys. It is listed outside of the top 1000 names. 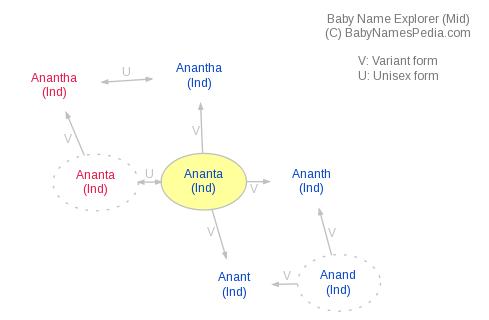