[ 4 syll. a-na-ro-sa, an-ar-osa ] The baby girl name Anarosa is pronounced as AA-NaaROWZAH †. Anarosa is used predominantly in Spanish and its origin is also Spanish. The name is a combination of Ana and Rosa.

Both the origin and meaning of Anarosa is inherited by all variant forms.

Ana Rosa (spelling variant in Spanish) is another form of the name.

Anarosa is not popular as a baby girl name. It is not listed within the top 1000. Within the family of girl names directly related to Anarosa, Ana was the most popular in 2018. 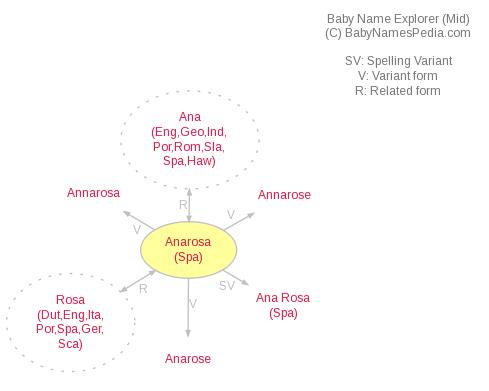