What does Anastasia mean?

[ 4 syll. a-nas-ta-sia, an-astas-ia ] The baby girl name Anastasia is pronounced ae-Nah-STAES-Yah or ae-Nah-STEY-ZHah (English) †. Anastasia's language of origin is Old Greek. It is predominantly used in English, German, Greek, and Russian. The Greek anastasis is itself from ana and stasis (meaning 'standing, standstill'). The name was borne by the venerated 4th-century martyr, Saint Anastasia, who was martyred at Sirmium in Dalmatia. It was popular with early Christians due to the association of its meaning with the start of a new life for a child. The name has been used by English speakers since the 12th century, usually in the forms Anstace or Anstice. It was borne by the first tsarina Anastasia (-1560), the wife of the Russian Tsar Ivan the Terrible. It later picked up strong Russian associations through Princess Anastasia (1901-1918), the youngest daughter of the last tsar of Russia Nicholas II. Many believe she survived the 1918 massacre of her family after a woman claimed to be her in 1920, and she subsequently became the subject of a film in 1956. Anastasia is the feminine equivalent of the German Anastasius.

Anastasia is a popular baby girl name, and it is also regarded as trendy. The name has been rising in popularity since the 1960s. At the modest peak of its usage in 2018, 0.102% of baby girls were named Anastasia. It was #148 in rank then. Out of all girl names in its family, Anastasia was the 2nd most popular after Anna in 2018. The name was twice as popular as Anastasia in that year. 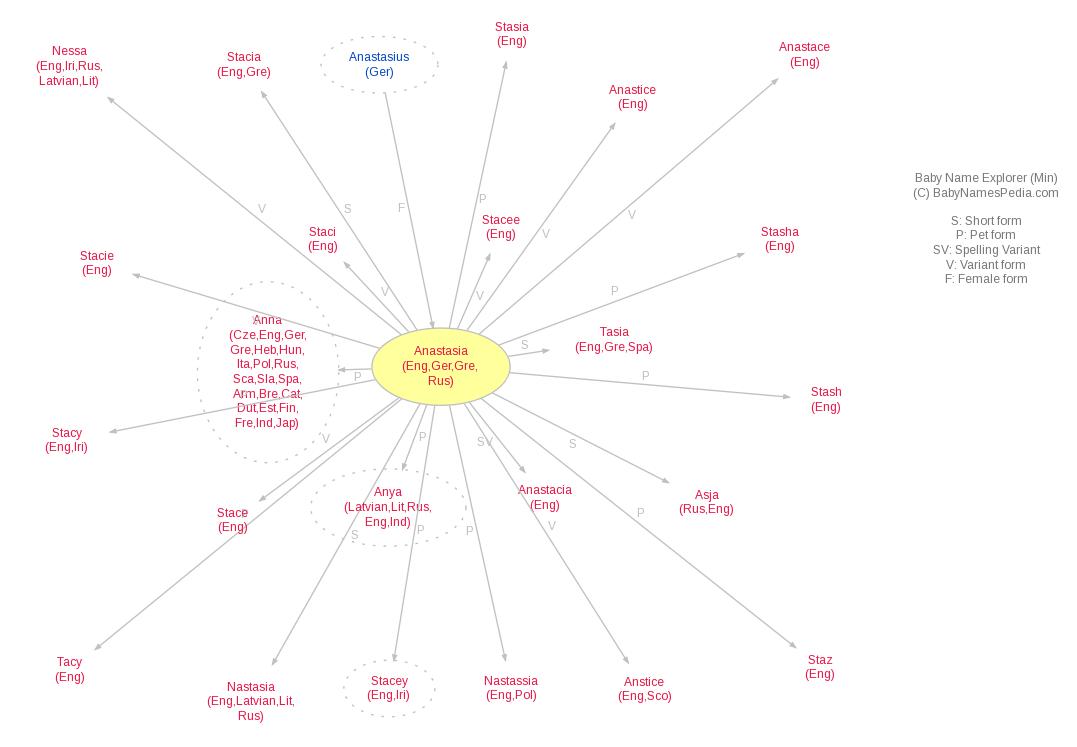