What does Anatoli mean?

[ 4 syll. a-na-to-li, an-at-oli ] The baby boy name Anatoli is pronounced as ahNaaTOWL-iy- †. Anatoli is used predominantly in the Russian language and it is derived from Old Greek origins. It is derived from the element 'anatole' meaning sunrise, east. Anatolios (Old Greek) and Anatolius (Latin) are older forms of Anatoli. The name was adopted by early Christians for the positive associations of its meaning; it was borne by various early saints, such as the 3rd-century Saint Anatolius of Laodicea and the 5th-century Saint Anatolius the Patriarch of Constantinople. The latter largely influenced the adoption of the Russian form Anatoli in Russia. The name Anatolia (Greek and Spanish) is the female version of Anatoli.

Other forms of Anatoli include the pet forms Andy and Toly, and the variant spelling Anatoly (Russian).

Anatoli is infrequently used as a baby name for boys. It is not listed in the top 1000 names. In 2018, within the group of boy names directly linked to Anatoli, Andy was the most regularly used. 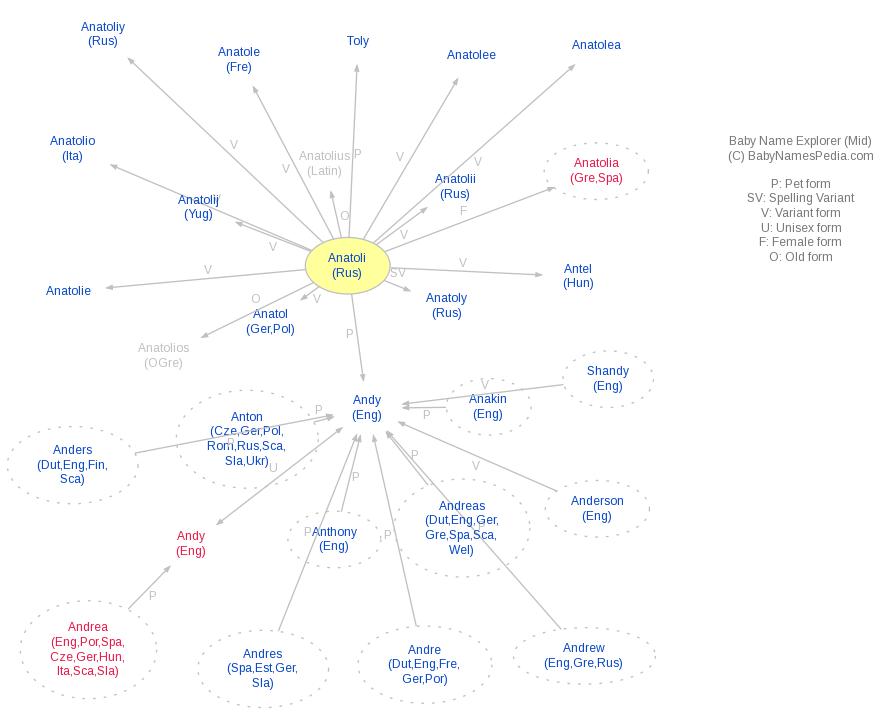