What does Anderson mean?

[ 3 syll. an-der-son, and-ers-on ] The baby boy name Anderson is pronounced as AEND-erSahN †. Anderson is used predominantly in the English language and it is derived from Scandinavian origins. The meaning of the name is son of Andrew. Its meaning is from the word 'son'. The first name is derived from the surname. In the USA, the Scandinavian surname Anderson was introduced into the USA by immigrants, making it one of the most common American surnames.

Anderson is a variation (English) of the name Anders (Dutch, English, Finnish, and Scandinavian). 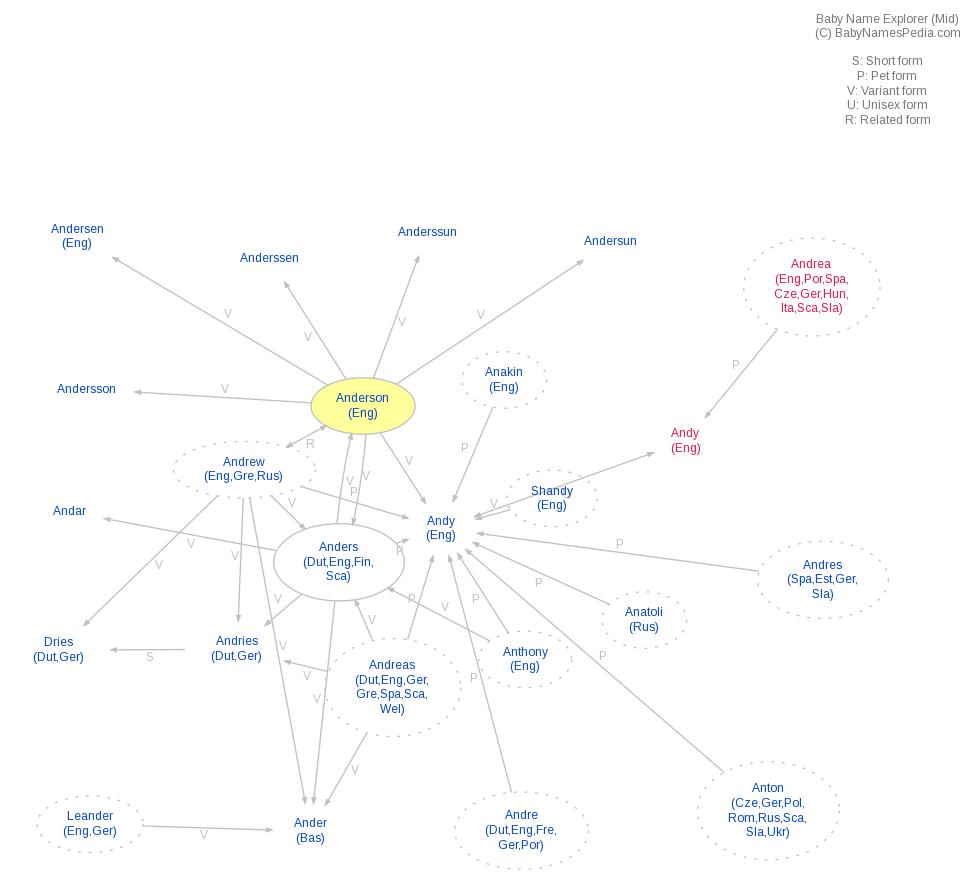