Andranetta is an uncommon baby girl name. It is listed outside of the top 1000. In 2018, out of the family of girl names directly related to Andranetta, Andrea was the most popular. 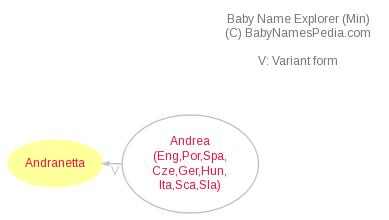