What does Andreas mean?

[ 3 syll. an-drea(s), and-re-as ] The baby boy name Andreas is pronounced in German as aaN-DREH-aaS †. Andreas is of Old Greek origin, and it is used mainly in Dutch, English, German, Greek, Spanish, Scandinavian, and Welsh.

Andreas is a German, Greek, Scandinavian, and Welsh variant transcription of Andrew (English, Greek, and Russian).

Variant forms inherit the origin and meaning of Andreas.

Andreas is unusual as a baby name for boys. Its usage peaked modestly in 2006 with 0.010% of baby boys being named Andreas. Its ranking then was #880. The baby name has since fallen out of favor, and is of only very light use now. Among the group of boy names directly related to Andreas, Andrew was the most frequently used in 2018. 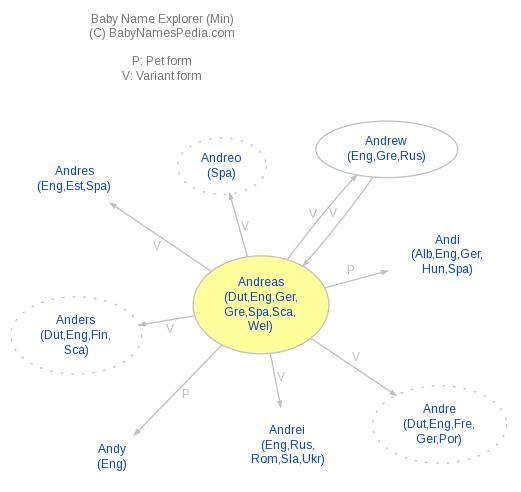