What does Andres mean?

[ 2 syll. an-dres, and-r-es ] The baby boy name Andres is pronounced as AANDReyZ †. Andres is mainly used in Spanish, Estonian, German, and Slavic, and its language of origin is Old Greek.

In addition, Andres is a variant form of the English, Greek, and Russian name Andrew in the Estonian, German, Slavic, and Spanish languages.

The names Andras, Andrez, and Andrés are variant forms of Andres.

Variant forms share the origin and meaning of the name Andres.

Another variant of the name is the English pet form Andy. 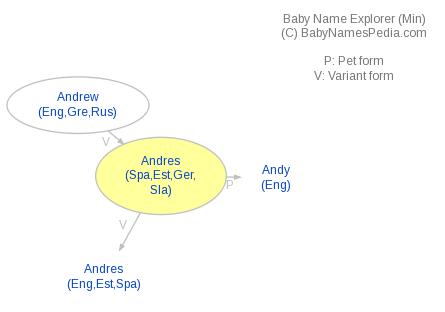