What does Andrew mean?

[ 2 syll. an-drew, and-r-ew ] The baby boy name Andrew is pronounced in English as AEN-DRuw †. Andrew is largely used in the English, Greek, and Russian languages, and it is derived from Old Greek origins. A biblical name, it is derived from the element 'andreia' meaning male, manly, brave, virility. Andreas (Latin and Old Greek) is an original form of Andrew. In the Bible, Andrew was the first chosen of the twelve apostles, and the brother of Simon Peter; the name Andrew was a Greek translation of his Hebrew name, which is not known. He was later thought to be crucified at Patras in Achaia, and was thereafter venerated as Saint Andrew and adopted as the patron saint of Scotland, Greece, Russia, and Romania; various forms of the name have thus become popular in these countries. In Scotland, the city of St Andrews was named after him, and in England, more than 600 churches were dedicated to him.

Other saints of the same name include Saint Andrew of Crete (650-740), who was cured of dumbness after his Holy Communion; Andrew Avellino (1521-1608), the patron saint of Naples and Sicily; and Andrew Fournet (1752-1834), who helped establish the order of the Daughters of the Cross. In literature, the name is borne by the slow and comic Sir Andrew Aguecheek in Shakespeare's comedy Twelfth Night (1601); this association, together with the use of the term 'Merry Andrew' to refer to a clown during the Tudor period lent a comic touch to the name during the time. In England, the name was later popularized by Queen Elizabeth II's second son Prince Andrew, Duke of York (1960-).

Andrew is an English variant of Andreas.

What are the Variant Forms of Andrew?

Andrew is a classic favorite. Currently it is still a very popular baby name for boys, though it was in more widespread use in the past. The name's popularity rose from the 1940s up to the 1980s. Its usage peaked in 1987 with 1.857% of baby boys being given the name Andrew. Its ranking then was #6. The baby name has since experienced a fall in popularity. In 2018, its usage was 0.375% and its ranking #43, but it was nonetheless the most popular among all boy names in its group. In 2018, Andrew was used 4 times more than the next ranked name, Andres. The name Andrew has been predominantly given to baby boys, though it has also been used as a girl name in the past century. In 1988, baby boys named Andrew outnumbered girls by 161 times. 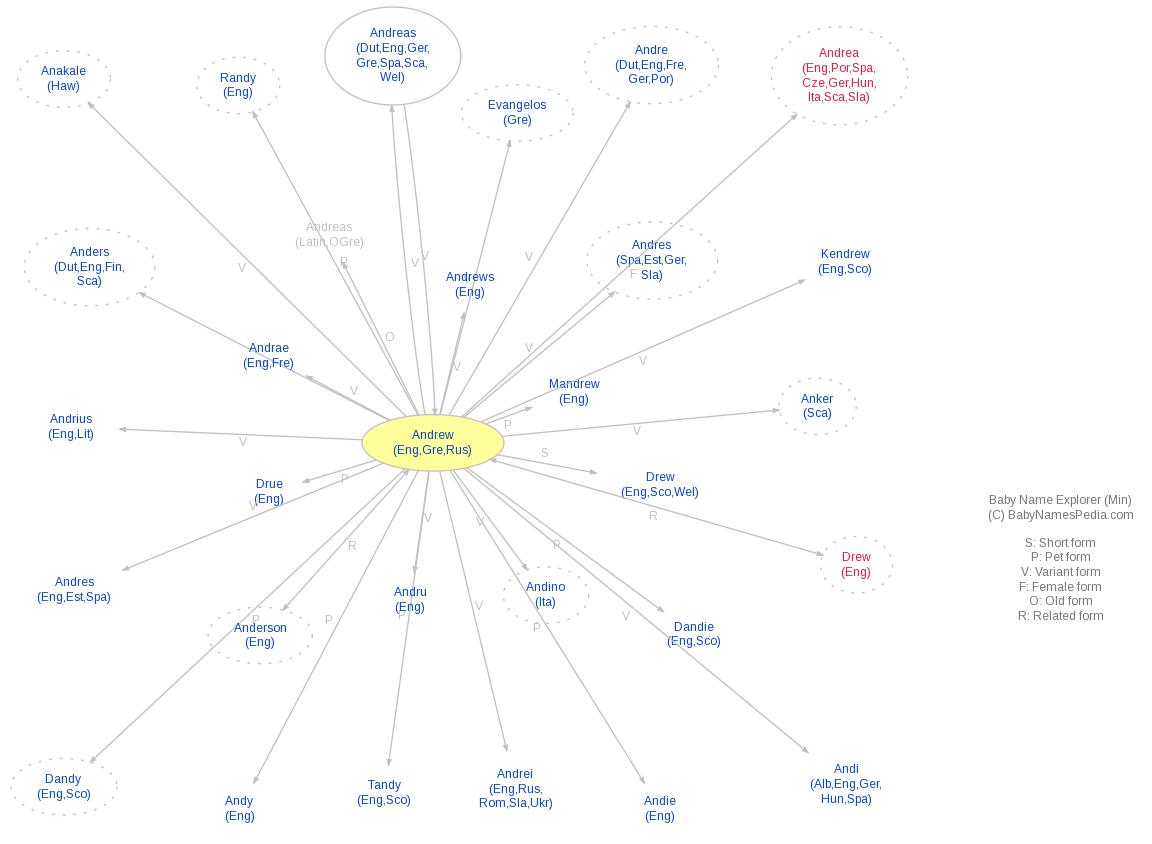