What does Angus mean?

[ 2 syll. an-gus, ang-us ] The baby boy name Angus is pronounced as AE-NGGahS- †. Angus is used predominantly in the English, Irish, and Scottish languages, and it is derived from Celtic origins. The name's meaning is one choice. It is derived from the elements 'óen' meaning one ; 'gus' choice; vigor, strength. The name is Anglicized from the Gaelic forms Aonghus or Aonghas. In Celtic mythology, Aonghus was a god of love and youth. In another legend, Aonghus Turimleach conquered Scotland, thereby giving his name to the people, as well as the cattle breed. The name has been used in Scotland since the 3rd century BC, and later in the 15th century, it was often linked to the clan McDonnell. The name was also borne by an 8th-century Pictish king known as Onnust or Hungus, as well as various Irish kings. The equivalent Aeneas or Eneas were sometimes used in the past when Gaelic names were shunned. Among English speakers, the name grew in popularity from the late 19th century, but it still retains its Scottish flavor today. The name Angusina (English and Scottish) is the female version of Angus.

Angus is rare as a baby name for boys. At the modest peak of its usage in 1904, 0.012% of baby boys were given the name Angus. It ranked at #540 then. The baby name has since suffered a marked fall in popularity, and is currently of irregular use. Out of the group of boy names directly linked to Angus, Gus was the most popular in 2018. 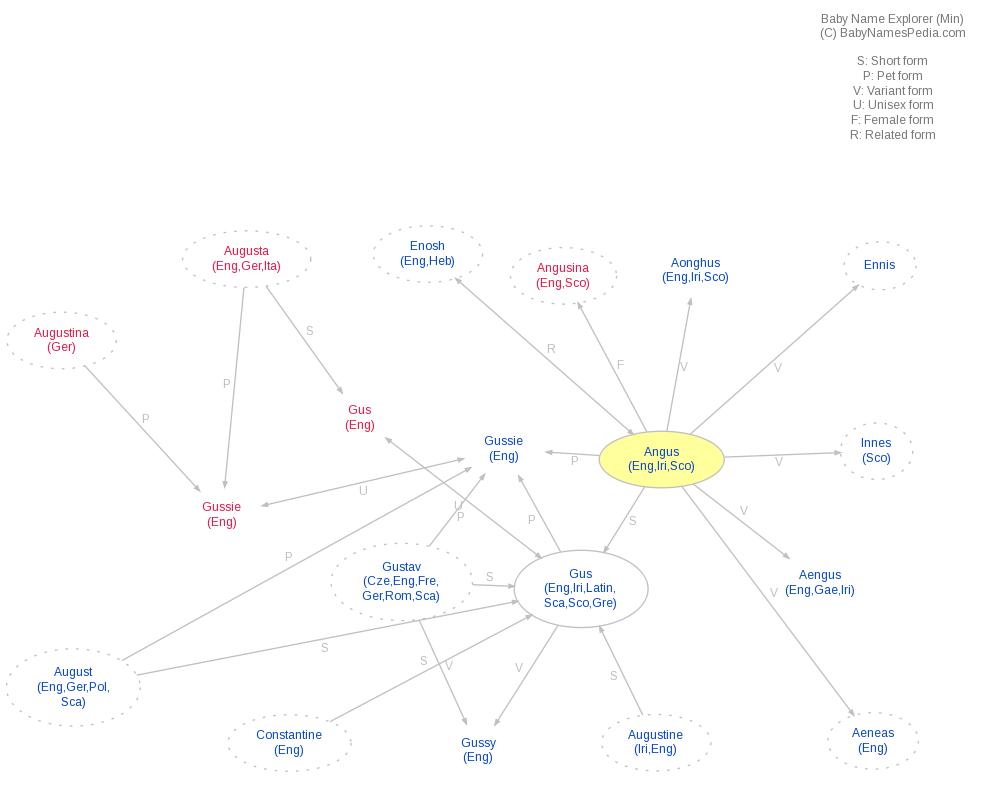