What does Anika mean?

[ 3 syll. a-ni-ka, an-ika ] The baby girl name Anika is pronounced as aa-NAY-Kaa- or AEN-iy-Kaa †. Anika is used chiefly in the English, Dutch, German, and Scandinavian languages, and it is derived from African-Hausa and Hebrew origins. From African-Hausa roots, its meaning is sweetness of face - in this context, Anika can be used in the English language.

In addition, Anika is a diminutive form of Anna in the Dutch, German, and Scandinavian languages.

Aunika (English variant spelling) is another form of Anika. 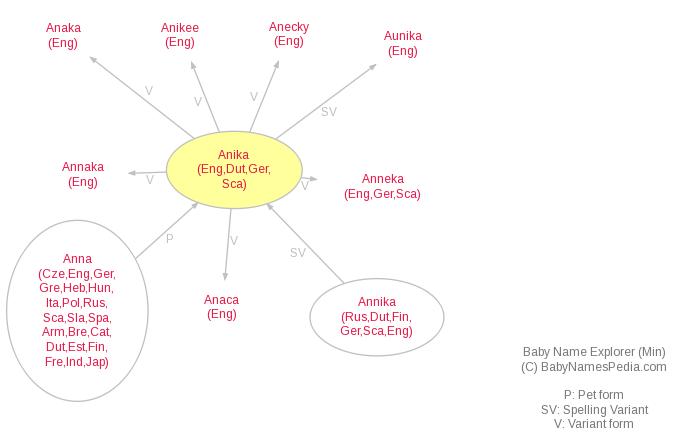