What does Anjali mean?

[ 3 syll. a-nja-li, an-j-ali ] The baby girl name Anjali is pronounced as AE-NJHaa-Liy- †. Anjali is primarily used in English, Indian, and Indonesian. Its language of origin is Sanskrit. The meaning of Anjali is offering with both hands.

Anjali has 12 forms that are used in English and other languages. English forms of Anjali include Angeli, Anjalea, Anjaleah, Anjalee, Anjaleigh, Anjaley, Anjalie, Anjaly, Anjalye, and Anjeli. Another English variant is the familiar form Anji. A form of the name used in other languages is the Indian Anjuli.

Anjali is a rare baby girl name. At the modest peak of its usage in 2005, 0.013% of baby girls were named Anjali. It was #961 in rank then. The baby name has steeply slipped in popularity since then, and is now used on a very light scale. Out of all girl names in its family, Anjali was nevertheless the most commonly used in 2018. 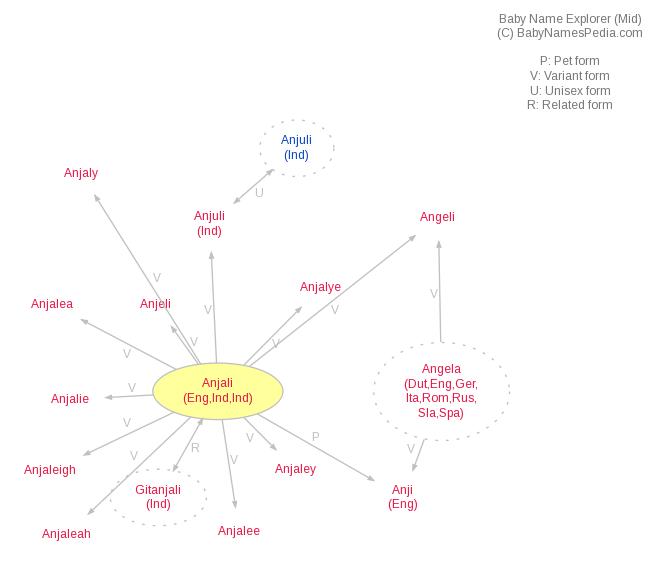