What does Annabella mean?

[ 4 syll. an-na-bel-la, ann-abe-lla ] The baby girl name Annabella is pronounced in English as aeN-ah-BEHL-ah †. Annabella is used chiefly in English, German, and Italian, and its origin is Germanic. The name is a combination of Anna and Bella, or it could be a form of Amabel influenced by the name Anna. The name was first used in 12th-century Scotland, where it was often used as an Anglicized version of the Gaelic Barabal. Annabella was the name of the mother of King James I of Scotland. It was also made known as the name of the incestuous key female character in John Ford's play 'Tis Pity She's a Whore (1629-1633). Another form was later publicized by Edgar Allen Poe's poem, Anabel Lee (1849), which was written in tribute to his wife. Among English speakers, the name Annabella has been used generally from the 19th century.

Variant forms share the origin and meaning of Annabella.

Annabella is fairly popular as a baby name for girls. The name's popularity has been growing since the 2000s; before that, it was of very modest use only. Its usage peaked recently in 2014 with 0.065% of baby girls being named Annabella. Its ranking then was #257. In 2018, its usage was 0.028% and its ranking #591. Among the group of girl names directly related to Annabella, Bella was the most widely used. In 2018, its use outnumbered Annabella's by 9 times. 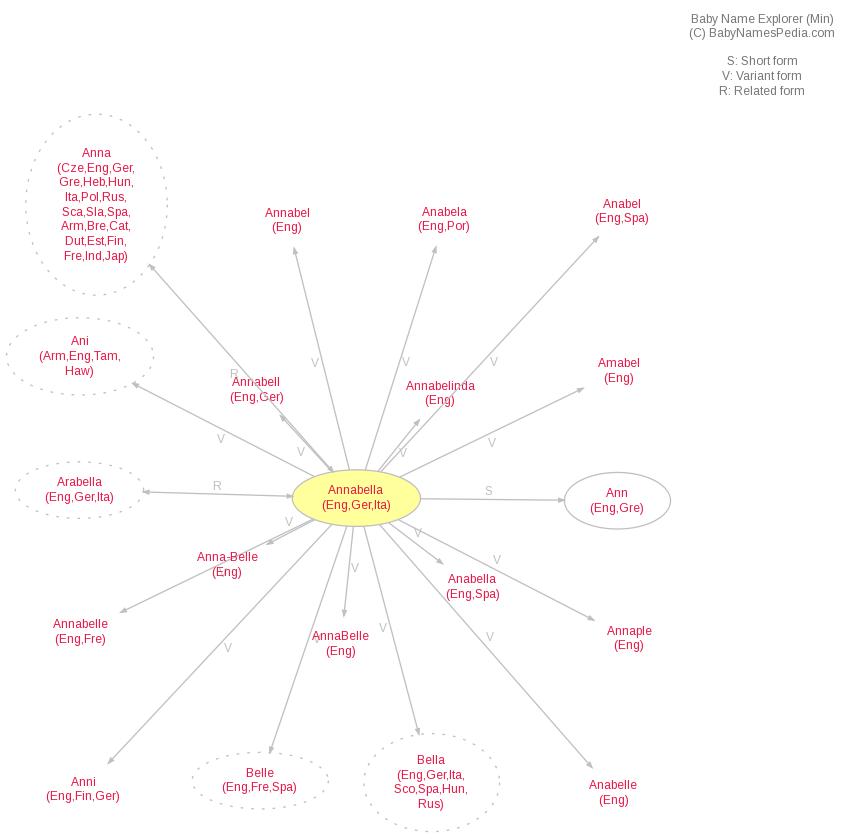