What does Anne mean?

[ 2 syll. an-ne, ann-e ] The baby girl name Anne is pronounced as AAN-Nah (Dutch), AEN (English, French), or AA-Nah (German) †. Anne is largely used in the English, French, German, and Scandinavian languages, and its origin is Hebrew. The name was first adopted by English speakers in the medieval period. It has been borne by various members of royalty, including King Henry VIII's wives Anne Boleyn (1507-1536) and Anne of Cleves (1515-1557), Queen Anne of England (1665-1714), and Queen Elizabeth II's only daughter Princess Anne (1950-).

Anne is a variant spelling of the name Ann (English and Greek).

Anne is also an English, French, and German variant transcription of Anna.

Variant forms inherit the origin and thus the meaning of Anne.

Anne is a classic favorite. Currently it is still fairly popular as a baby name for girls, though it was in more widespread use before. At the modest peak of its usage in 1915, 0.423% of baby girls were given the name Anne. Its ranking then was #52. The baby name has since suffered a substantial fall in popularity, and is in recent years of occasional use. In 2018, its usage was only 0.027% and its ranking #599. Out of the group of girl names directly linked to Anne, Anna was the most frequently used. In 2018, its use outnumbered Anne's by 8 times. 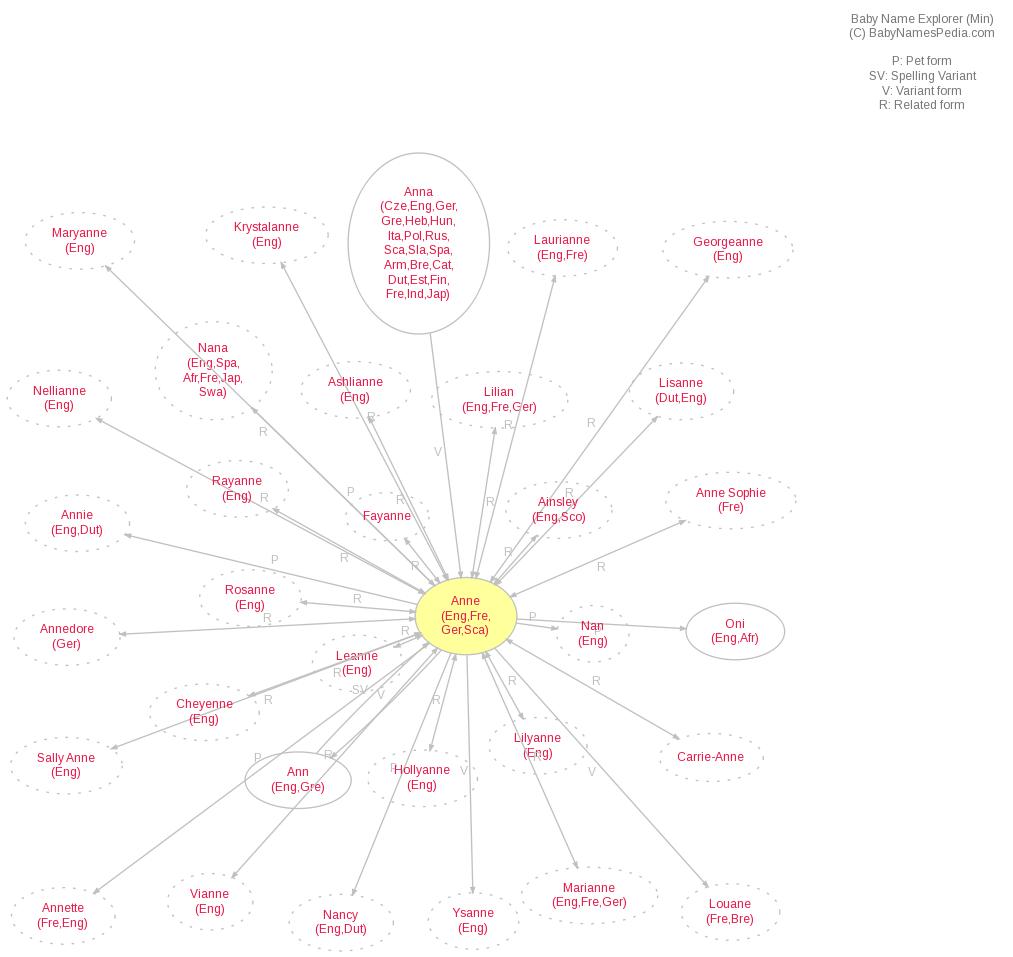