What does Annunziata mean?

[ 5 syll. an-nun-zia-ta, ann-unzi-ata ] The baby girl name Annunziata is pronounced as aa-NUW-NZiy-AA-Taa- †. Annunziata is used mostly in German and Italian. It is of Italian origin. The name Annunziata means annunciation. A biblical name, its meaning is from the word 'annunziare'. Annunziata is a Roman Catholic name that is derived from titles given to the Virgin Mary. The name refers to the Annunciation by the angel Gabriel to her of the coming birth of Jesus. The Feast of Annunciation is celebrated by some churches on March 25; thus the name has sometimes been used as a month name for March. It is mostly used in Spain and Italy.

A variant of Annunziata is the Italian contracted form Nunzia.

Annunziata is not commonly used as a baby girl name. It is not in the top 1000 names. 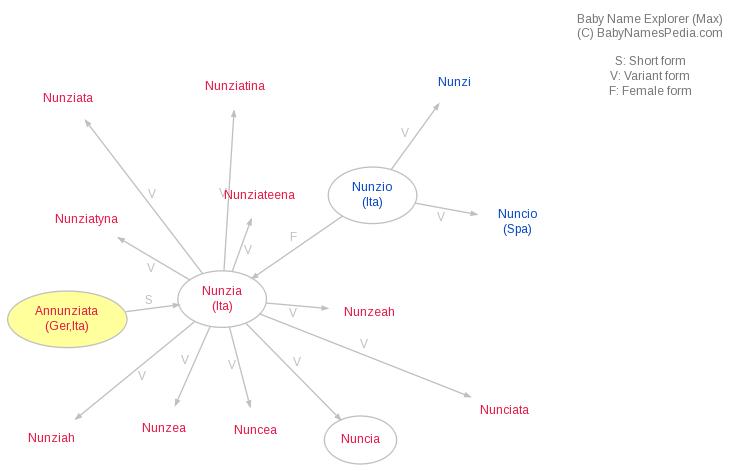