What does Ansel mean?

Ansel is mainly used in the English, Spanish, and Yiddish languages. It is of Germanic origin. The first name is derived from the surname, which is itself from the first name Anselm. It was made famous by the photographer Ansel Adams (1902-1984).

Variant forms share both the origin and meaning of the name Ansel.

Ansel's language of origin is Old French. Here, it means related to a nobleman.

Ansel is a variant form of the English, German, and Spanish name Anselm in the English language.

Ansel is unusual as a baby boy name. Its usage peaked modestly in 1906 with 0.006% of baby boys being given the name Ansel. It had a ranking of #854 then. The baby name has experienced a fall in frequency since then, and is now of sporadic use. Among all boy names in its family, Ansel was nonetheless the most popular in 2018. 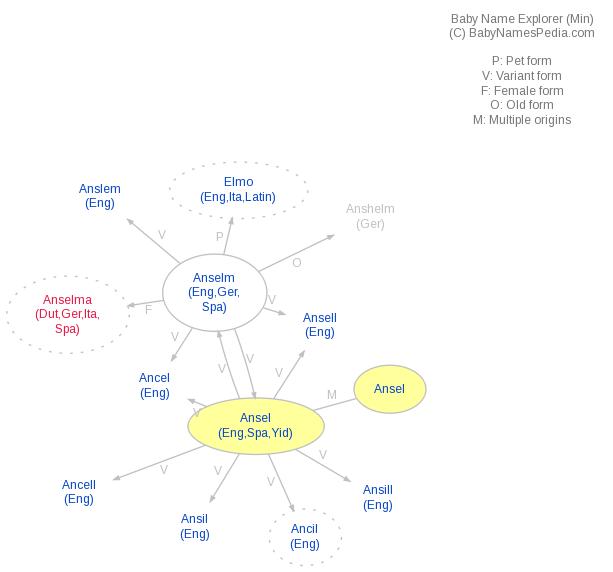