What does Anselma mean?

[ 3 syll. an-sel-ma, ans-e-lma ] The baby girl name Anselma is pronounced as ae-NSAHL-Maa- †. Anselma has its origins in the Germanic language. It is used largely in Dutch, German, Italian, and Spanish. The meaning of Anselma is 'protected by God'. It is a two-element name derived from ans and helm with the meanings 'God' and 'helmet, protection' respectively.

In addition, Anselma is a form of the English, German, Arabic, Slavic, Italian, and Scandinavian Selma.

Anselma is the feminine form of the English, German, and Spanish Anselm.

Anselma is not often used as a baby girl name. It is not in the top 1000 names. 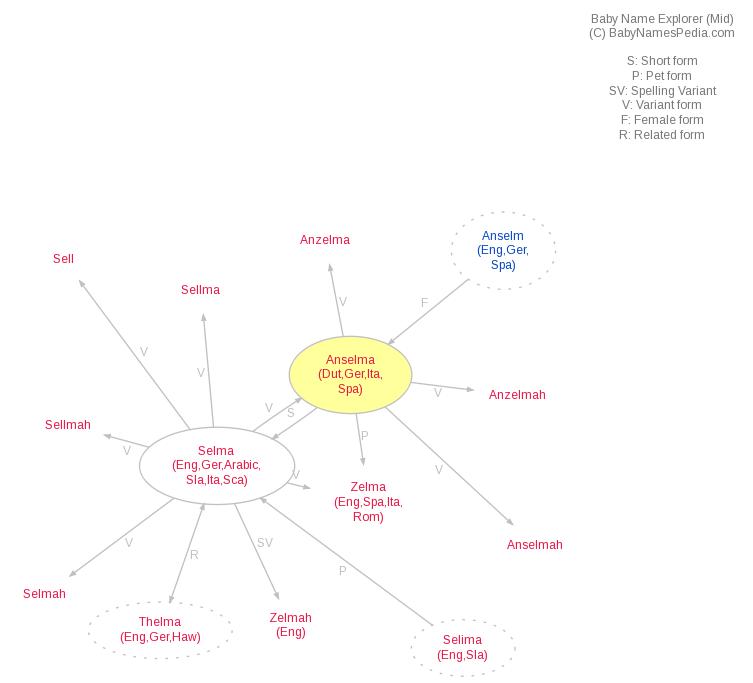