What does Anson mean?

[ 2 syll. an-son, ans-on ] The baby boy name Anson is pronounced as AENSahN †. Anson is used chiefly in the English language and it is also derived from English origins. The name is of the meaning son of Agnes; son of Ann. Its meaning is from the element 'son'. The first name is derived from the surname, itself originally from the first name Agnes or Ann. The name Ansonia (English) is the female form of Anson. 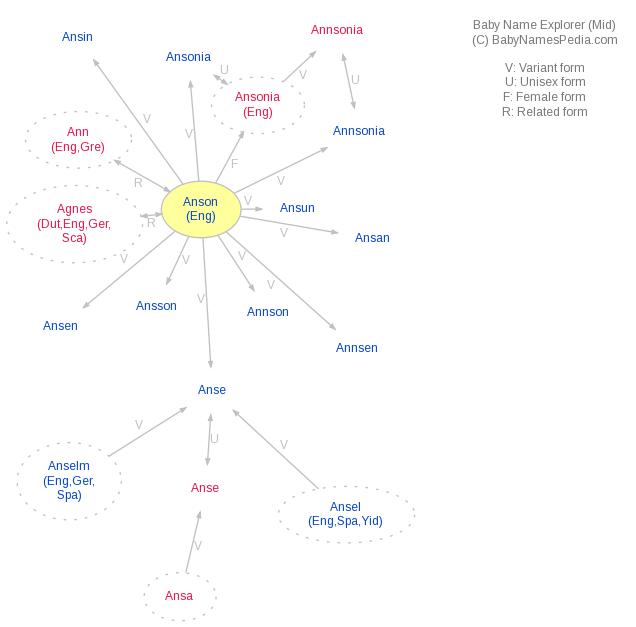