What does Antoinette mean?

[ 3 syll. an-toi-net-te, ant-oine-tte ] The baby girl name Antoinette is pronounced aeNTWah-NEHT †. Antoinette is of Latin origin. It is used mainly in English and French. The name is well-known from Marie Antoinette (1755-1793), the Queen of France during the French Revolution. She was famous for her beauty, intelligence, lavishness, and knowledge of the arts, but was also known for being oblivious to the state of the poor in her country. The name has been adopted by English speakers since the mid-19th century.

Antoinette is a form (English and French) of Antonia.

Antoinette is the feminine version of the French, Irish, Dutch, and English Antoine.

The origin and thus the meaning of the name Antoinette is inherited by all variant forms.

Antoinette is rare as a baby girl name. At the modest peak of its usage in 1917, 0.105% of baby girls were named Antoinette. It was #170 in rank then. The baby name has markedly slipped in popularity since then, and is currently of only irregular use. Out of the family of girl names directly related to Antoinette, Antonella was the most frequently used in 2018. 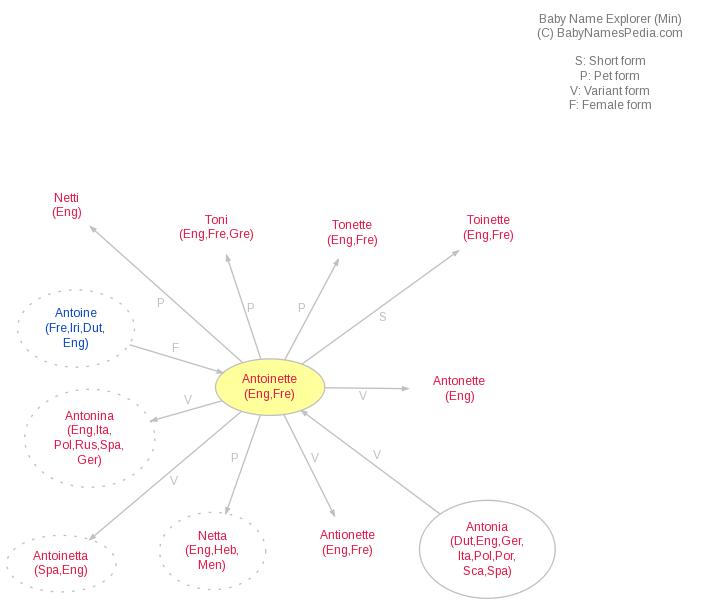