What does Antonia mean?

[ 4 syll. an-to-nia, ant-on-ia ] The baby girl name Antonia is also used, though less often, as a boy name. It is pronounced in English as aeN-TOWN-iy-ah, in Dutch and German as aaN-TOW-Niy-aa, in Italian and Spanish as aaN-TOW-NYaa, or in Polish as aaN-TAON-Yaa †. Antonia is of Latin origin. It is used mainly in Dutch, English, German, Italian, Polish, Portuguese, Scandinavian, and Spanish. The meaning of Antonia is 'priceless, inestimable'. The name has long been popular in continental Europe before English speakers adopted it in the early 20th century. The form Antoinette has been used by English speakers since the mid 19th century; it is often associated with the wife of Louis XVI, Marie Antoinette (1755-1793), the French queen famous for her beauty, knowledge, and extravagance. Antonia is the feminine equivalent of the English Anthony.

Antonia is unusual as a baby girl name. Its usage peaked modestly in 1996 with 0.035% of baby girls being named Antonia. It was #395 in rank then. The baby name has fallen out of favor since then, and is used only on an infrequent scale now. Among the family of girl names directly related to Antonia, Antonella was the most commonly used in 2018. Antonia has in the last century been primarily given to baby girls. In 1979, 3 times more baby girls than boys were given the name Antonia. 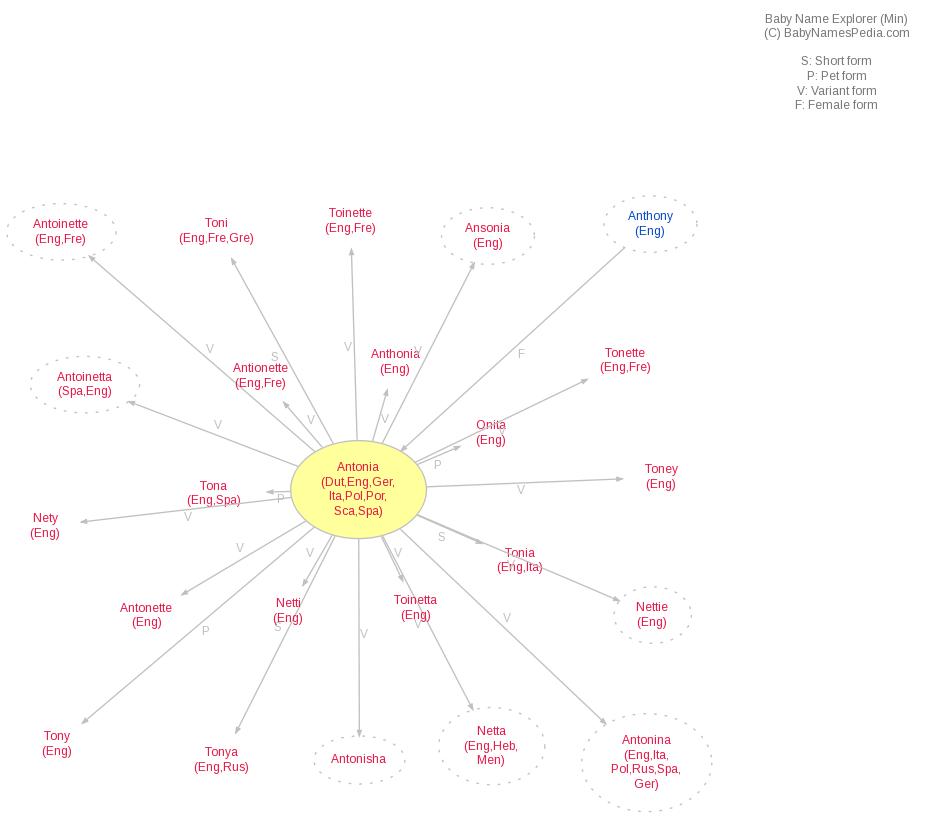